David Hemmings' Just a Gigolo (1978) was Marlene Dietrich's last picture. Dietrich had a small role as Baroness von Semering, a madam who runs a brothel for gigolos in post-WWI Berlin. The then 77-year-old actress, who had not made a film since Judgement At Nuremberg (1961), worked on Gigolo for just two days and was reportedly paid $250,000.
The film's main character, an army officer-turned-gigolo, was played by popstar David Bowie who later said that he had accepted the part, mainly because "Marlene Dietrich was dangled in front of [him]." Bowie and Dietrich shared two scenes in the film —the only scenes Dietrich was in— but in the end they never met. Gigolo was shot in Berlin, where Bowie lived at the time. As Dietrich refused to leave her city of residence Paris, the scenes were filmed with Marlene alone in a Paris studio while Bowie was in Berlin acting to a wooden chair. The separate parts were eventually edited together, the results to be watched here (with Marlene also performing the song Just a Gigolo).
Although Dietrich and Bowie never met, they did talk to each other on the phone and also wrote each other letters. One of these letters, from Bowie to Dietrich, is seen below. It was written on 8 April 1978, while Bowie was doing his Isolar II world tour. In the end, Just a Gigolo (which also co-starred Kim Novak) became a huge flop, lambasted by both the critics and audiences. Bowie later referred to the film as "my 32 Elvis Presley movies rolled into one." 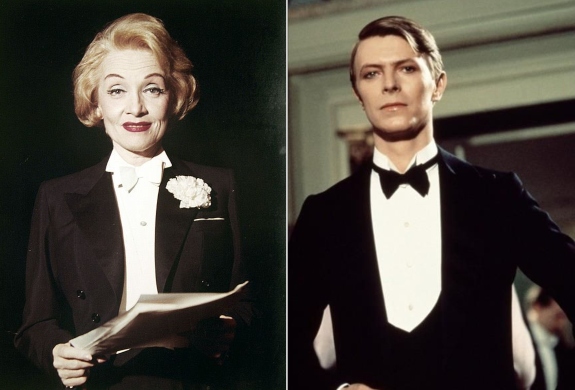 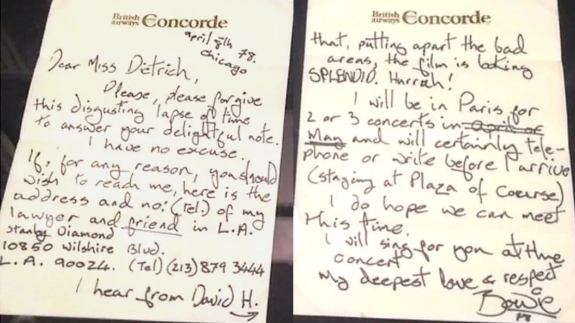 Please, please forgive this disgusting lapse of time to answer your delightful note.

I have no excuse.

I hear from David H [Hemmings] that, putting apart the bad areas, the film is looking SPLENDID. Hurrah!

I will be in Paris for 2 or 3 concerts in April or May and will certainly telephone or write before I arrive (staying at Plaza of course).

I do hope we can meet this time.

I will sing for you at the concert. 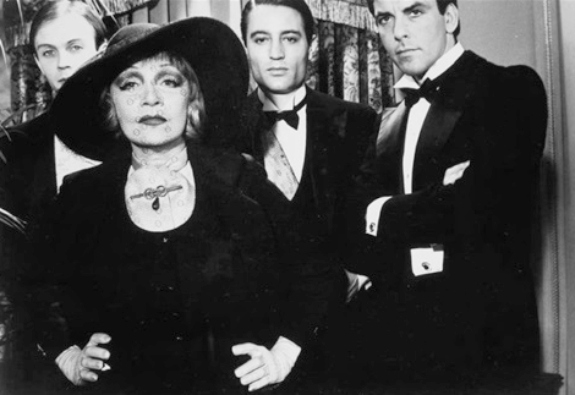