Just so you won’t forget that I love you dear

By the mid-1920s, Norma Shearer was one of MGM's biggest stars and had every intention to remain one. For that purpose she regularly visited the office of Irving Thalberg (head of production at MGM), complaining about the routine films in which she was cast and pleading to be given better roles. Thalberg listened to Norma's complaints but said that MGM knew best and that the films they had chosen for her had ultimately made her a star.

Attracted from the start by Thalberg's charm and commanding presence, Norma soon became romantically interested in her boss. While Thalberg didn't feel the same way about Norma, the two started going out together from July 1925 onwards (their first public appearance together was at the premiere of Charlie Chaplin's The Gold Rush). At the time Thalberg was still involved with Constance Talmadge and Rosabelle Laemmle, yet on occasion asked Norma to be his date. "When Rosabelle or Constance are away, or someone stands him up, I'm always available. I'll break a date any time to be with him", Norma had said to Irene Selznick, referring to herself as "Irving's spare tire". Norma waited patiently, which eventually paid off. After dating on and off for two years, she and Irving were married on 29 September 1927 and had two children, Irving Jr. (b. 1930) and Katharine (b. 1935). The marriage lasted until 1936 when Thalberg suddenly died as a result of a congenital heart defect, aged 37. 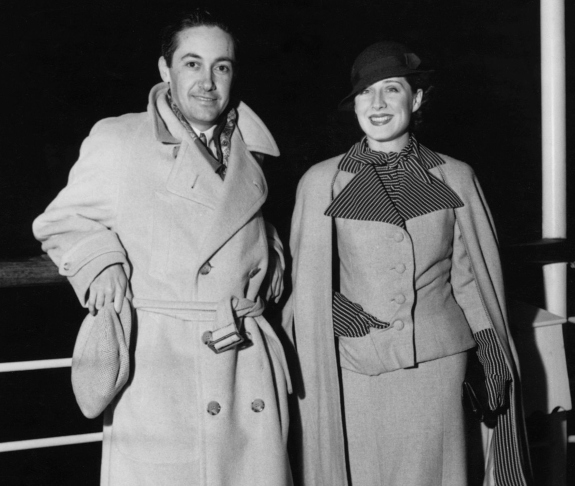 In 2011, a group of more than 40 telegrams exchanged between Norma and Thalberg was auctioned at Bonhams, offering an intimate peek into the couple's relationship. A few of these telegrams are seen below. The messages clearly suggest that the two were in love, despite rumours that their marriage had been one of convenience. (A persistent rumour was that Norma had married her boss purely for the sake of her career.) The first telegram is from Thalberg to Norma and was sent in April 1927, five months before the couple got married. The other three messages —two of them shown only in transcript— are from 1929. 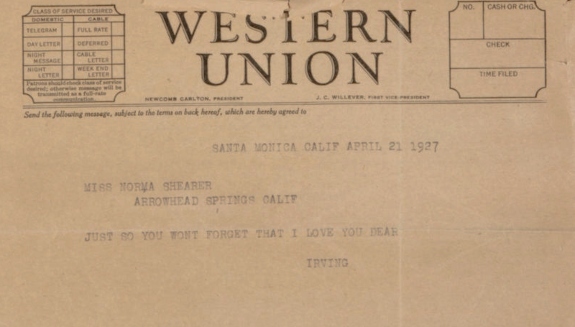 Another telegram from Irving to Norma dated 22 December 1929:

To this Norma responded with the following message (written on the back of the telegram): 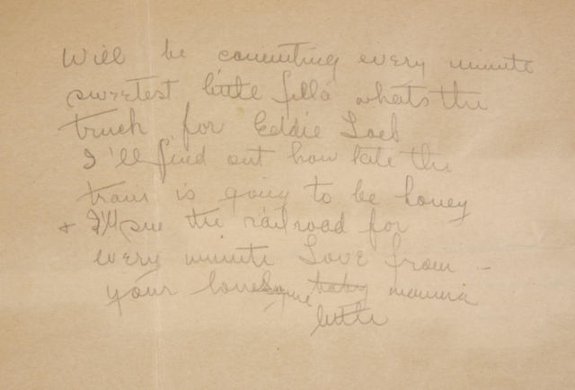 Transcript:
Will be counting every minute sweetest little fella
whats the truck for Eddie Loeb [MGM attorney]
I’ll find out how late the train is going to be honey
+ I’ll sue the railroad for every minute
Love from your lonesome baby little momma 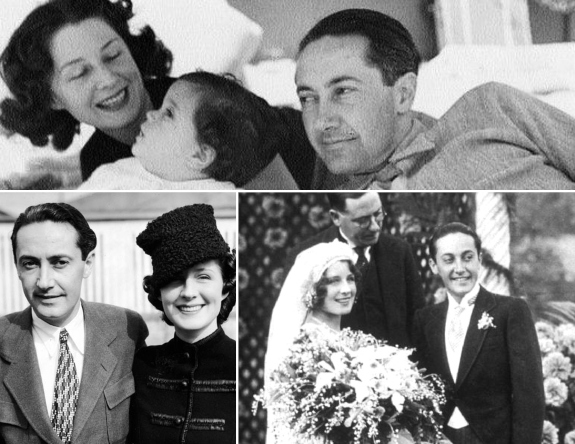 The 40th Academy Awards ceremony was scheduled for 8 April 1968 but eventually took place two days later. On 4 April Dr. Martin Luther King had been assassinated and many stars wanted to attend his funeral which was held on 9 April. Among the stars were four African-Americans who were to take part in the Oscar ceremony, i.e. Sammy Davis Jr., Louis Armstrong, Sidney Poitier and Diahann Carroll (the first two as performers, the latter two as presenters). The four had informed the Academy that they would not appear at the Oscars if the scheduled date of 8 April was maintained. On The Tonight Show Davis stated: "I certainly think any black man should not appear. I find it morally incongruous to sing Talk To The Animals while the man who could make a better world for my children is lying in state." (Talk To The Animals was the nominated song from Doctor Dolittle which Davis would perform at the ceremony and which eventually won the Oscar for Best Song.) Faced with the possible absence of several of the ceremony's key players, Gregory Peck, then president of the Academy, held an emergency meeting with the Board of Governors who unanimously decided to postpone the Oscars by two days. With the news of the delayed ceremony, Davis, Poitier, Armstrong and Carroll all announced their return to the show.

Someone who also wanted the Oscars to be postponed was Barbra Streisand, who was also scheduled to be a presenter at the ceremony. This is the telegram Barbra sent to Gregory Peck two days after King's assassination.

By the mid-1930s, Basil Rathbone was one of Hollywood's best-paid freelance actors. When Samuel Goldwyn offered him a four-year contract in 1936, the actor had serious misgivings, having worked under contract before (to MGM) and hating it. In a letter from December 1936, Rathbone voiced his objections to Goldwyn about signing with him. Apart from being very unhappy with the billing clause in the contract, Rathbone was not at all interested in playing the heavy in Goldwyn's upcoming film The Hurricane (1937). Ever since he had portrayed the evil Murdstone in David Selznick's production of David Copperfield (1935), the actor had played villains. Afraid of being typecast as a villain, Rathbone rejected The Hurricane ("my part is a cold blooded unaffectionate duty loving bastard"), the role eventually played by Raymond Massey. Incidentally, Rathbone's most famous villain role was yet to come, that of Sir Guy of Gisbourne in The Adventures of Robin Hood (1938). 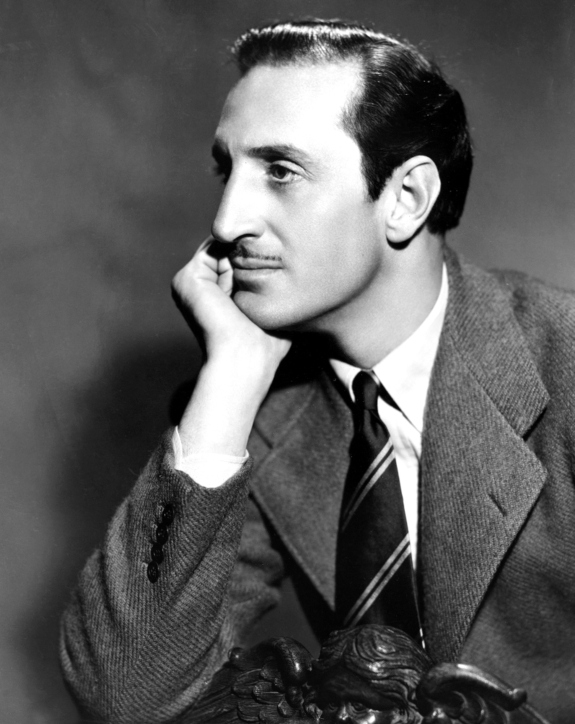 Here is the letter Rathbone wrote to Samuel Goldwyn on 2 December 1936, in which he complains about his billing situation, boasts about his acting achievements and —not wishing to be typed as a villain— suggests several characters he would be interested in playing. 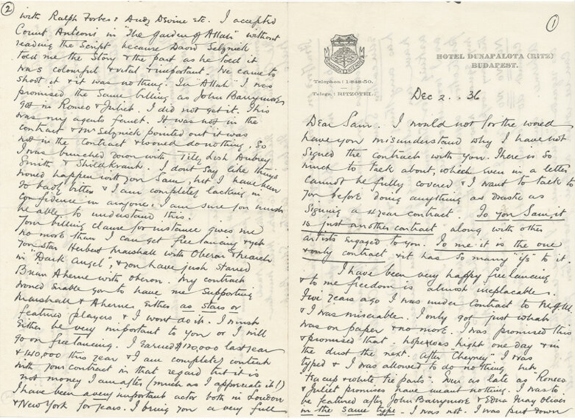 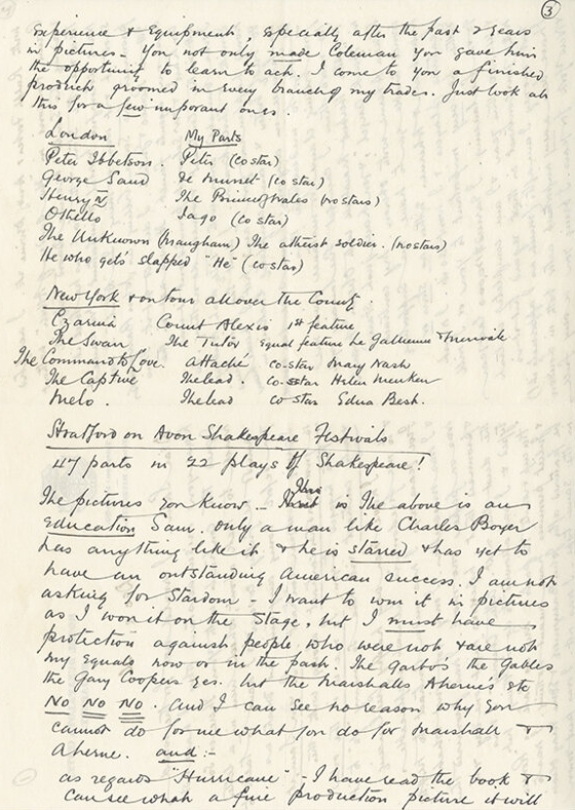 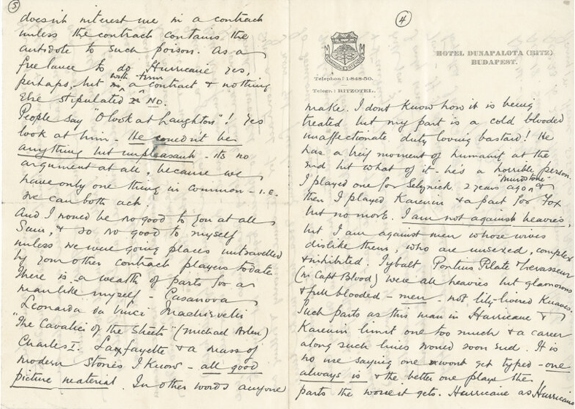 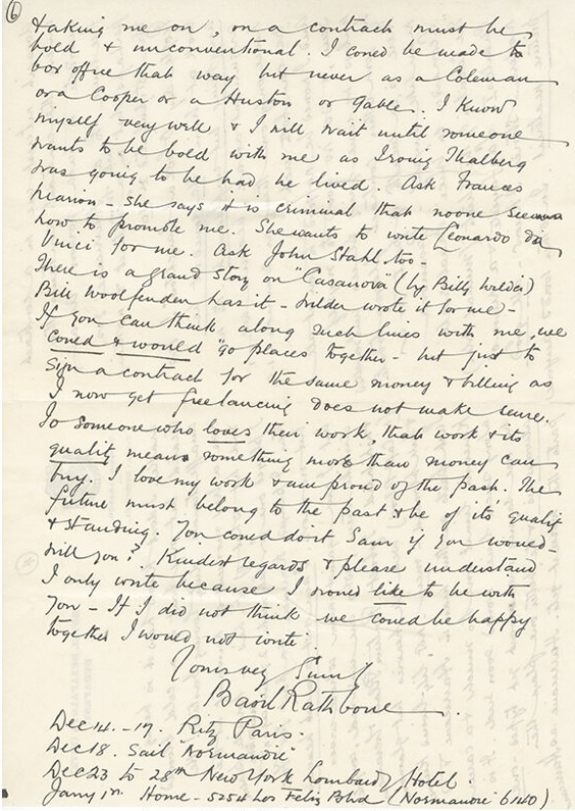