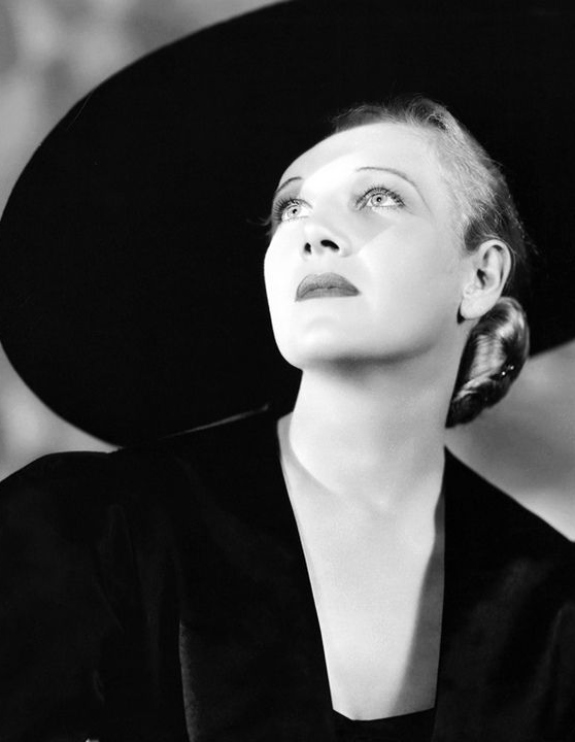 Ann Harding hated being a celebrity and the publicity that came with it. Following her divorce from actor Harry Bannister in 1932, Harding was hounded by reporters and decided not to talk to them anymore. (She had hired Greta Garbo's agent Harry Edington who had advised her, like he had Garbo, to remain silent to the press.) Harding's aloofness and unwillingness to give interviews made her unpopular with journalists, Delight Evans being one of them.

Delight Evans was mostly known as editor of the popular Hollywood fan magazine Screenland. Throughout her career she had interviewed hundreds of movie stars and some of them she even befriended (among them Mary Pickford and D.W. Griffith). As editor of Screenland, Evans wrote critical open letters to the stars, and in December 1934 it was Ann Harding's turn to be treated to such a letter. Whether Harding ever gave a reaction to Evan's letter (which strongly criticised her for not cooperating with the press) I don't know. 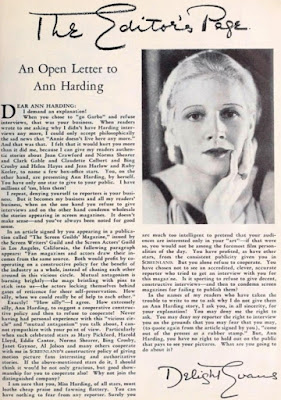 I demand an explanation!

When you chose to "go Garbo" and refuse interviews, that was your business. When readers wrote to me asking why I didn't have Harding interviews any more, I could only accept philosophically the sad news that "Annie doesn't live here any more." And that was that. I felt that it would hurt you more than it did me, because I can give my readers authentic stories about Joan Crawford and Norma Shearer and Clark Gable and Claudette Colbert and Bing Crosby and Helen Hayes and Jean Harlow and Ruby Keeler, to name a few box-office stars. You, on the other hand, are presenting Ann Harding, by herself. You have only one star to give to your public. I have millions of 'em, bless them!

I repeat, denying yourself to reporters is your business. But it becomes my business and all my readers' business, when on the one hand you refuse to give interviews and on the other hand condemn wholesale the stories appearing in screen magazines. It doesn't make sense-- and you've always been noted for good sense.

In an article signed by you appearing in a publication called "The Screen Guild's Magazine", issued by the Screen Writers' Guild and the Screen Actors' Guild* in Los Angeles, California, the following paragraph appears: "Fan magazines and actors draw their incomes from the same source. Both would profit by cooperating on a constructive policy for the benefit of the industry as a whole, instead of chasing each other around in this vicious circle. Mutual antagonism is burning brightly-- the mags bristling with pins to stick into us-- the actors locking themselves behind gates of reticence for sheer self-preservation. How silly, when we could really be of help to each other."

Exactly! How silly--I agree!  How extremely silly, Ann Harding, to suggest a cooperative constructive policy and then to refuse to cooperate! Never having had personal experience with this "vicious circle" and "mutual antagonism" you talk about, I cannot sympathize with your point of view. Particularly when such celebrated stars as Mary Pickford, Harold Lloyd, Eddie Cantor, Norma Shearer, Bing Crosby, Janet Gaynor, Al Jolson and many others cooperate with me in SCREENLAND's constructive policy of giving motion picture fans interesting and authoritative stories. If the above-mentioned stars do it, I should think it would be not only gracious, but good showmanship for you to cooperate also! Why not join the distinguished company?

I am sure that you, Miss Harding, of all stars, must loathe cheap praise and fawning flattery. You can have nothing to fear from any reporter. Surely you are much too intelligent to pretend that your audiences are interested only in your "art"-- if that were so, you would not be among the foremost film personalities of the day. You have profited, as have other stars, from the consistent publicity given you in SCREENLAND. But you alone refuse to cooperate. You have chosen not to see an accredited, clever, accurate reporter who tried to get an interview with you for this magazine. Is it sporting to refuse to give decent, constructive interviews -- and then to condemn screen magazines for failing to publish them?

In the name of my readers who have taken the trouble to write to me to ask why I do not give them an Ann Harding story, I ask you, in all sincerity, for your explanation! You may deny me the right to ask. You may deny my reporter the right to interview you on the grounds that you may fear that you may, (to quote again from the article signed by you), "come out of the presses as a rubber stamp." But, Ann Harding, you have no right to hold out on the public that pays to see your pictures. What are you going to do about it?


*Note:
At the time Ann Harding was 2nd Vice-President of the Screen Actors Guild. She was the first major female star who had joined SAG. 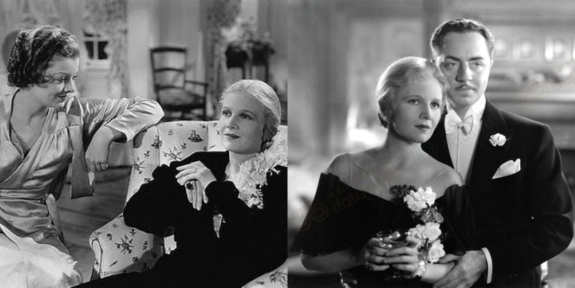 I'm not that rich

Errol Flynn enjoyed his greatest successes in the late 1930s and the 1940s when he was one of Warner Bros.' biggest box-office draws. But by the early 1950s, Flynn's career started to decline and his financial problems to increase. Flynn's extravagant, hedonistic lifestyle left him with huge debts, including debts to his two ex-wives and the IRS. While Flynn had earned some $7 or 8 million throughout his career, by 1953 he was practically broke. The final blow had been a $430,000 personal investment in a film about William Tell which was never finished. Possibly around the same time, Flynn lost his home Mulholland Farm to his first wife, French actress Lili Damita, who had sued him for unpaid back alimony.
The letter for this post was written by Errol Flynn to Lili Damita in June 1951, nine years after they were divorced. (At the time Flynn was married to Patrice Wymore, his third wife.) Flynn wrote to Damita concerning a flute he had given their son Sean, presumably on the occasion of his tenth birthday. Obviously in need of cash, Flynn wanted to know if Sean had any intention of playing the instrument because if not, the valuable object should be returned to hím-- Sean's "poor, crippled, old Daddy, who would proceed, immediately, to take it around to the hock shops." Flynn's letter makes for a fantastic read and can be seen below. 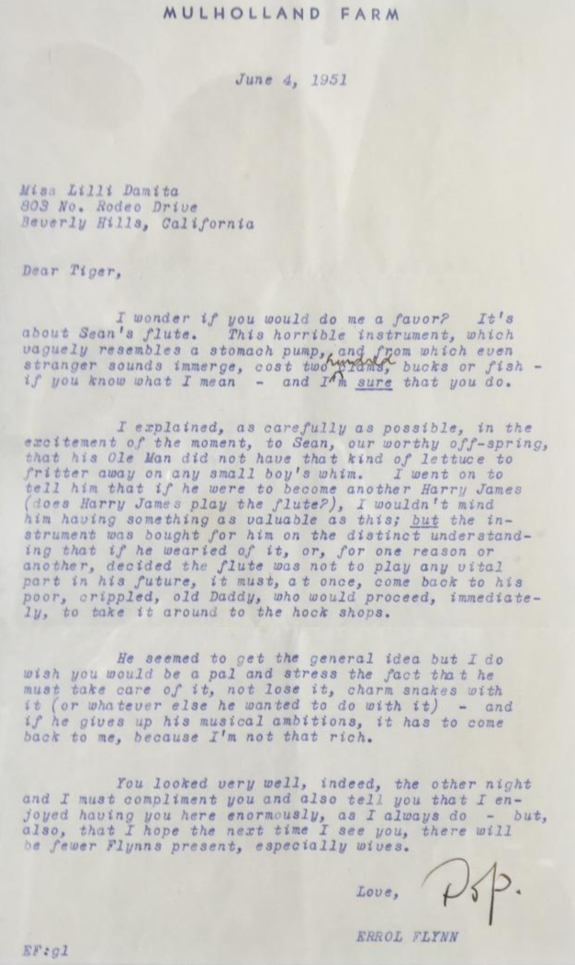 Via: The Errol Flynn Blog

I wonder if you would do me a favor? It's about Sean's flute. This horrible instrument, which vaguely resembles a stomach pump, and from which even stranger sounds immerge [sic], cost two hundred clams, bucks or fish- if you know what I mean- and I'm sure that you do.

I explained, as carefully as possible, in the excitement of the moment, to Sean, our worthy off-spring, that his Ole man did not have that kind of lettuce to fritter away on any small boy's whim. I went on to tell him that if he were to become another Harry James (does Harry James play the flute?), I wouldn't mind him having something as valuable as this; but the instrument was bought for him on the distinct understanding that if he wearied of it, or, for one reason or another, decided the flute was not to play any vital part in his future, it must, at once, come back to his poor, crippled, old Daddy, who would proceed, immediately, to take it around to the hock shops.

He seemed to get the general idea but I do wish you would be a pal and stress the fact that he must take care of it, not lose it, charm snakes with it (or whatever else he wanted to do with it) - and if he gives up his musical ambitions, it has to come back to me, because I'm not that rich.

You looked very well, indeed, the other night and I must compliment you and also tell you that I enjoyed having you here enormously, as I always do- but, also, that I hope the next time I see you, there will be fewer Flynns present, especially wives. 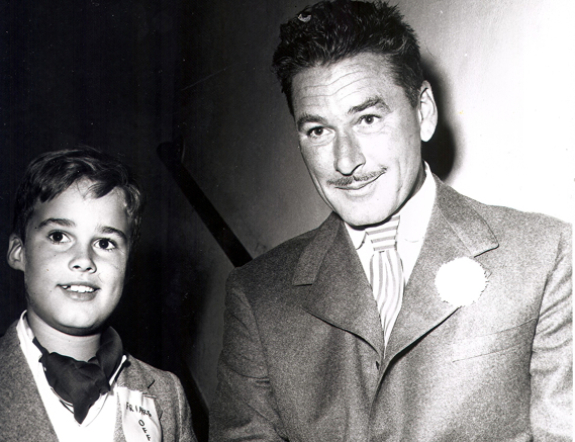