Please believe me it was not my doing

Something's Got to Give (1962) was Marilyn Monroe's last (unfinished) film. Directed by George Cukor and co-starring Dean Martin and Cyd Charisse, the film was a remake of the 1940 My Favorite Wife, a screwball comedy starring Cary Grant and Irene Dunne. From the very beginning, the project was plagued with problems involving its leading lady. On the first day of production, Marilyn didn't show up because of a sinus infection, and over the next month she only rarely made an appearance due to several health problems. With the production going quickly over budget and also having to deal with another project that ran over budget (the epic Cleopatra starring Elizabeth Taylor), 20th Century Fox couldn't afford to keep an unreliable leading lady on the payroll. Marilyn was eventually fired on 8 June 1962.

Marilyn was to be replaced with Lee Remick, but leading man Dean Martin (a friend of Marilyn's) refused to work with anybody but Marilyn. As a result, Fox agreed to rehire Marilyn and even agreed to pay her more than her previous salary. Marilyn accepted the studio's offer on the condition that Cukor was replaced with Jean Negulesco with whom she had worked on How To Marry a Millionaire (1953). Before filming could resume, however, Marilyn died of a barbiturate overdose. The film was abandoned after her death and was eventually remade under a different title with a different cast (Move Over Darling (1963), directed by Michael Gordon and starring Doris Day and James Garner). 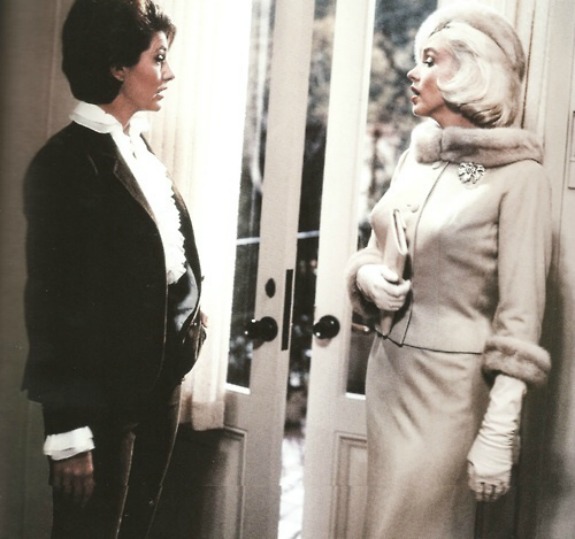 Following her dismissal from Something's Got to Give, Marilyn sent identical telegrams to cast and crew members. Shown below are the telegrams she sent to resp. George Cukor and Cyd Charisse. 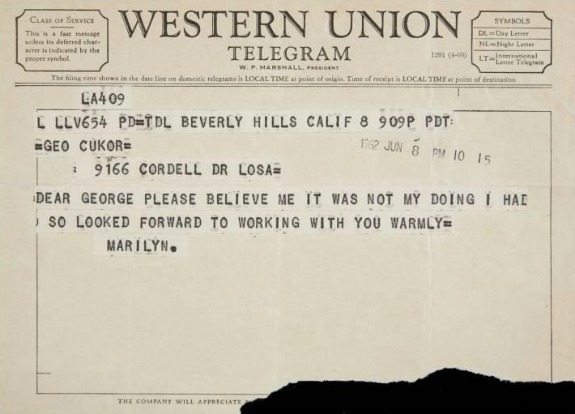 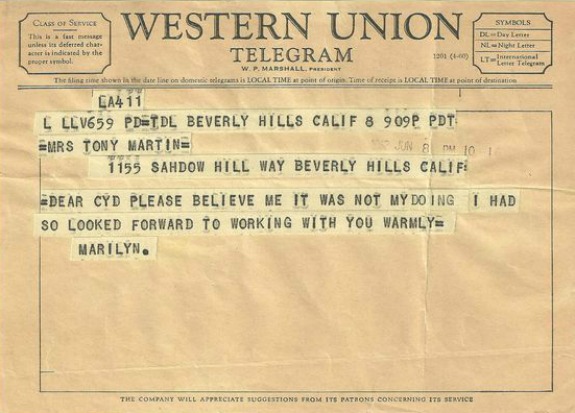 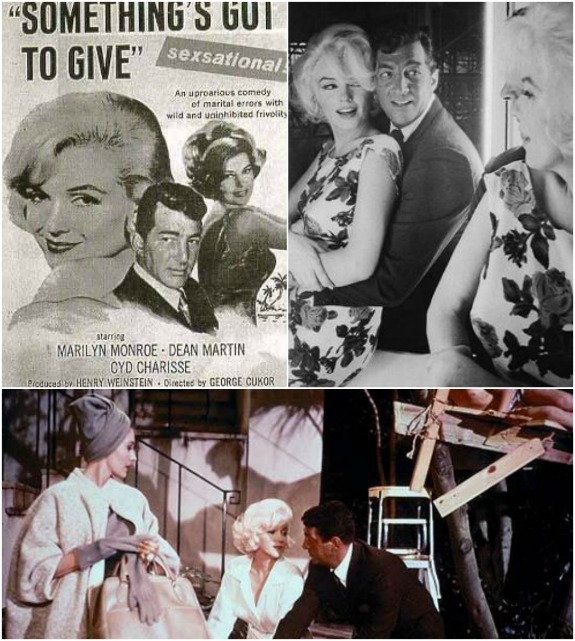 It could be a very important and constructive film 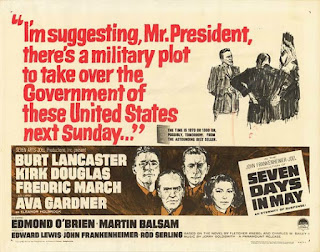 After reading the Cold War novel Seven Days in May by Fletcher Knebel and Charles W. Bailey II, Kirk Douglas knew it could be made into a great film. He bought the rights to the novel through his production company Joel Productions, teamed up with director John Frankenheimer and put together a cast of wonderful actors like Burt Lancaster and Fredric March (Douglas himself was to play an important role in the film too). Eventually released in 1964, the result was an excellent political thriller, which is still considered one of the best of its kind.

Having heard about Douglas' plans to picturise Seven Days in May, director Stanley Kubrick wrote Douglas a letter on 8 February 1963. Kubrick had been interested in filming the story himself, but now that Douglas was going to film it, Kubrick decided to offer him some unsolicited advice. Douglas wrote back 11 days later, saying he appreciated Kubrick's suggestions and also asked if they could make another movie together ("How about a comedy? I think I'm pretty funny, don't you?"). The two men had previously worked together on Paths of Glory (1957) and Spartacus (1960) and reportedly had a difficult working relationship. Despite Douglas' suggestion that they work together again, in the end they never did. 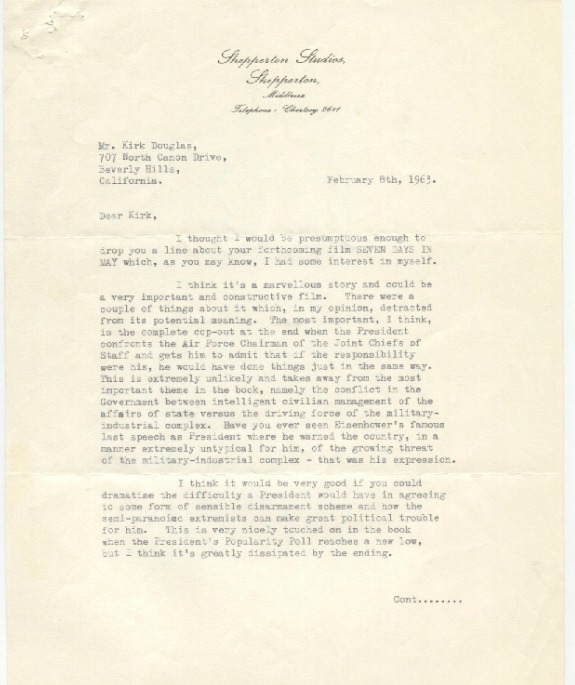 I thought I would be presumptuous enough to drop you a line about your forthcomimg film SEVEN DAYS IN MAY which, as you may know, I had some interest in myself.

I think it's a marvellous story and could be a very important and constructive film. There were a couple of things about it which, in my opinion, detracted from its potential meaning. The most important, I think, is the complete cop-out at the end when the President confronts the Air Force Chairman of the Joint Chiefs of Staff and gets him to admit that if the responsibility were his, he would have done things just in the same way. This is extremely unlikely and takes away from the most important theme in the book, namely the conflict in the Government between intelligent civilian management of the affairs of state versus the driving force of the military-industrial complex. Have you ever seen Eisenhower's famous last speech as President where he warned the country, in a manner extremely untypical for him, of the growing threat of the military-industrial complex - that was his expression.

I think it would be very good if you could dramatise the difficulty a President would have in agreeing to some form of sensible disarmament scheme and how the semi-paranoiac extremists can make great political trouble for him. This is very nicely touched on in the book when the President's Popularity Poll reaches a new low, but I think it's greatly dissipated by the ending.

I should also prefer to see less physical action undertaken by Senators and high Government officials. There's a bit too much creeping and crawling and slugging and gun-play involving these characters and I think it would be much more realistic if this could be delegated to lower echelon characters.

I hope that John and Rod and Eddie don't resent this letter and I leave it to you to present any of these ideas, if you consider them worthy, in your own charming and inimitable manner.

In any event, I wish you the best of luck with the film and give my regards to Eddie and Ann.

How nice to hear from you again, and I certainly appreciate your suggestions -- but then you know how we geniuses work. You will be pleased to know that we have been thinking about all the points you mentioned. Your letter has served to give us more confidence about the work we must do in these areas. I think we should have an interesting picture and a pretty good cast.

By the way, what's cooking with your project-- what's happening with your lawsuit versus "Failsafe". If there's any way that I can help I wish you'd call on me.

In the meantime, my sincere  wishes for the success of your picture.
Also, I think it's about time we did another picture together. How about a comedy? I think I'm very funny, don't you?

Note: During the filming of his Cold War satire Dr. Strangelove (1964), Kubrick learnt that Fail-Safe (1964), directed by Sidney Lumet, was being produced at the same time. Fail-Safe's plot was so similar to Red Alert (the novel by Peter George on which Dr. Strangelove was based) that George filed a lawsuit for plagiarism and later settled out of court. As both films were being produced by the same studio (Columbia Pictures), Kubrick insisted that his film was released first. He got his wish-- Fail-Safe opened eight months later than Dr. Strangelove and as a result performed poorly at the box-office.