This year Marilyn Monroe would have celebrated her 90th birthday. To commemorate the event, the Nieuwe Kerk in my hometown Amsterdam is hosting a special exhibition "90 Years Ms Monroe: Reflecting on a Female Icon", which I visited last week and can still be visited until 5 February of next year. There are about 250 objects on show, many of which came from Marilyn's last home (at 5th Helena Drive in Brentwood, California) and now belong to Marilyn collector Ted Stampfer. Among the objects displayed are several pieces of clothing, including Marilyn's famous dresses from Gentlemen Prefer Blondes and The Seven Year Itch, personal items like curlers (one still has Marilyn's hair in it!), books from Marilyn's private library, personal documents and photos. All in all, it's a nice exhibit in a nice setting that gives a fairly good insight into Marilyn's life, both on and off camera.

As for Marilyn's correspondence, there were just a few letters on display and they were only mildly interesting (for example, there was a letter from designer William Travilla to Marilyn, inviting her to attend a preview of his new collection). The letter for this post is therefore not from the exhibit itself, but it's one of the many letters written by Marilyn that can be found on the internet.

One of the things I didn't know but learned from the exhibit was that Marilyn and her ex-husband Joe DiMaggio were planning to remarry and had in fact already set a date: 8 August 1962. (The previous year, DiMaggio had re-entered Marilyn's life and had come to her rescue when she was placed into a mental institution; read more here.) The marriage between DiMaggio and Marilyn, however, never happened. Marilyn died on 5 August 1962 from a drug overdose, leaving DiMaggio heartbroken. The day after Marilyn died, the following (unfinished) letter was found in her desk, tucked away in her address book. 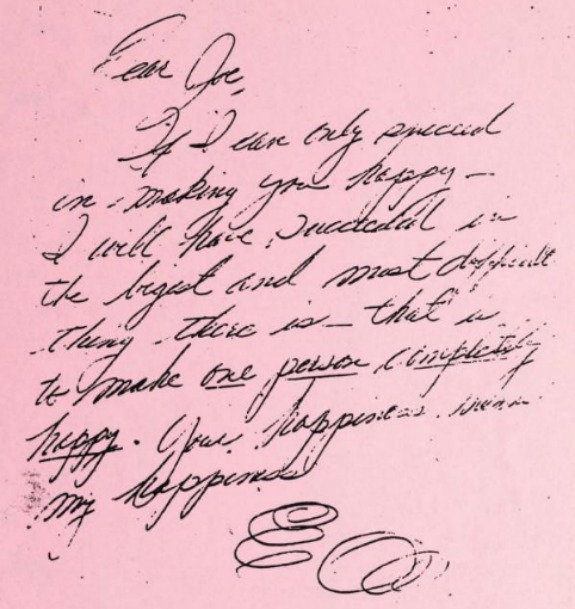 Source: MM-Personal: From the Private Archive of Marilyn Monroe

If I can only succeed in making you happy- I will have succeeded in the bigest [sic] and most difficult thing there is- that is to make one person completely happy. Your happiness means my happiness. 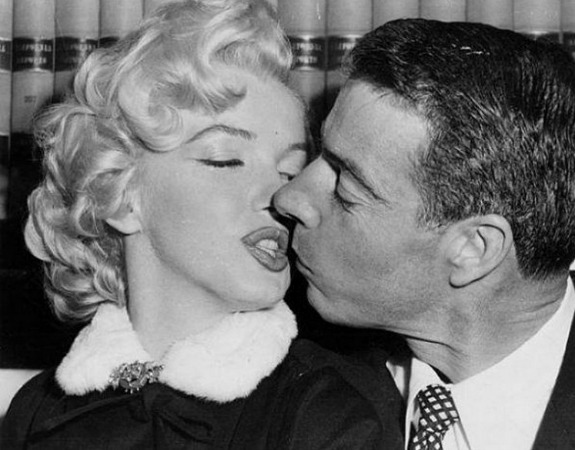