I know it's a hell of a gamble

After reading John Steinbeck's novel East of Eden (1952), director Elia Kazan immediately wanted to turn it into a film. Admittedly, Kazan didn't like the first part of the book and was only interested in filming the latter section which deals with the conflict between Cal, his father Adam and brother Aron. To write the screenplay, Kazan didn't choose Steinbeck --Steinbeck did write the screenplay for Kazan's Viva Zapata! (1952)-- but he chose screenwriter Paul Osborn instead. Kazan felt that East of Eden was the toughest dramatisation job he had ever seen and wanted a professional screenwriter to handle it. While Steinbeck (a good friend of Kazan) was not happy with Kazan's decision, he was busy writing a Broadway musical* so he agreed to Osborn doing the screenplay.

For the principal role of Cal Trask, Kazan briefly considered Marlon Brando with whom he had worked on A Streetcar Named Desire (1951) and On the Waterfront (1954). Brando, however, was 30 at the time and Kazan thought him too old for the role. Paul Osborn then suggested 23-year-old James Dean for the part. (Osborn had seen Dean on Broadway doing a bit part in the play The Immoralist.) While Kazan didn't think much of Dean personally, he felt Dean did have that special quality which made him Cal. Later Dean was introduced to Steinbeck and, despite finding Dean a "snotty kid", Steinbeck also thought Dean wás Cal. 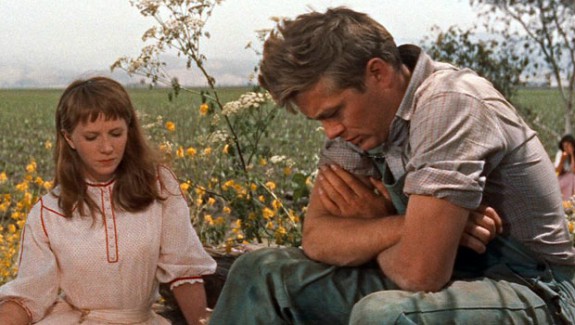 When it came to the casting of Abra (Aron's girlfriend who later falls for Cal), Kazan chose experienced stage actress Julie Harris, 28 years old at the time. Jack Warner, studio head at Warner Bros, wanted someone younger and prettier than Harris but Kazan insisted on her being cast. Kazan never regretted his decision and later said that on the set Harris had been more important to Dean than he, the director, had been: "I doubt that Jimmy would ever have got through East of Eden except for an angel on our set. Her name was Julie Harris and she was goodness itself with Dean, kind and patient and everlastingly sympathetic. She helped Jimmy more than I did with any direction I gave him." 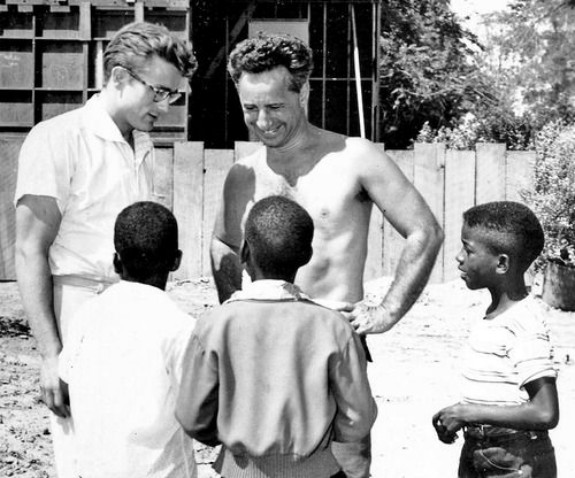 Give our love to Elaine first of all. We had a hell of a time down there. A lot of new stuff like goggle swimming and all kinds of fishing esp. bone fishing. And esp real hot weather. I liked that. That was very welcome.

Now I'm back, feeling very different. I'm up in the country and Paul and I worked all day yesterday and today on the second draft. Yesterday was bewildering, but today was the day. Today we got somewhere.

We're reconstructing the first forty five odd pages pretty thoroughly. We feel it goes pretty well after that, but the first forty five were very bad. We're finally on a line for Aron. I hope you don't mind: we made him a Wilson (Woodrow, that is) enthusiast. We took out the two historical montages. We had Europe in the war at the beginning. And Aron convinced that we'd never get in, that Wilson would keep us out. Then, the night of the birthday party, Wilson lets him down. And a lot more. The script we had, it turns out, was simply what it was, a first draft. I kept saying that, but it was nevertheless a bit of a shock when it turned out to be what I had been saying: a first draft. We'll be working all this week up here, and then a couple of days in New York. Then I'll go to Salinas and look at your back streets (The ones you told me about). Then I'll go down to Burbank FUCK IT and make the film. I hate to leave N.Y.C. And maybe this will be the last picture I make in Cal. But this one belongs out there, so.

I looked thru a lot of kids before settling on this Jimmy Dean. He hasn't Brando's stature, but he's a good deal younger and is very interesting, has balls and eccentricity and a "real problem" somewhere in his guts, I don't know what or where. He's a little bit of a bum, but he's a real good actor and I think he's the best of a poor field. Most kids who become actors at nineteen or twenty or twenty-one are very callow and strictly from N.Y. Professional school. Dean has got a real mean streak and a real sweet streak.

I had an awful time with the girl. Terrible. The young girls are worse than the young boys. My god, they are nothing. Nothing has happened to them or else they're bums. Abra is a great part. I hope you don't die now. I want to use Julie Harris. Do you think I'm nuts? The screen play depends so on her last scene with Adam and on her strength, that I have to have a real, real actress. I couldn't find one aged twenty. They're nothing. Proms, dresses, beaus and all that, but nothing for my last scene. Finally I made a photographic test of Julie and she looks twenty when her face is in movement, I think. I'll just have to keep her face in movement. She's a marvelous actress. She is not Abra the way we saw her, but jeezuz I was stuck.

One pro thing. She and Jimmy Dean look fine together. They look like People, not actors. I'm real pleased with that part of it. Two people. Dean has the advantage of never having been seen on the screen. Harris, practically.

Meantime WB? Jack esp. are dying. They hoped for stars. But they didn't come up with any names. And I haven't. I know you must be a little shocked with this casting. And I know its a hell of a gamble and all on my shoulders. But I'm delighted to take it. Its the kind of gamble I like. Write me. c/o Warner Bros. Burbank Cal.

I think R&H did fair on the lead casting. And I think Clurman is one of the three or four best directors in the world today. R&H will do the musical part of it. Lots of love to you and Elaine. Have a BALL! 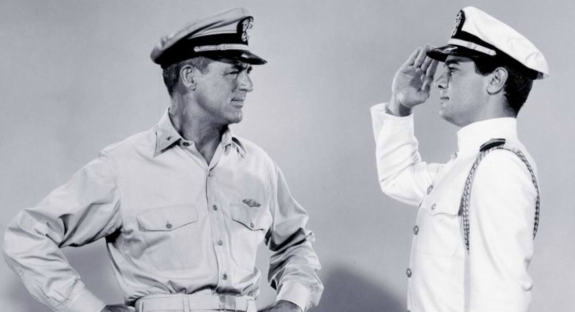 Here is a very cryptic letter from Cary Grant to Tony Curtis, written on 25 October 1963. I have no idea what the letter is about, but I found it funny and intriguing so I thought I'd share it with you. Grant wrote the letter four years after he made his only film with Tony Curtis, Operation Petticoat (1959), apparently as a reply to something Curtis had written to him earlier. Browsing the web for information on what Grant could have possibly meant with his cryptic "Number One" and "Number Two", I found that the submarine in Operation Petticoat had problems with engines "number one" and "number two" (in particular with engine number one). So perhaps Grant and Curtis shared an inside joke or a secret code dating back to their Operation Petticoat days? Well, I have no idea, but you can check out Grant's mysterious note yourself below. 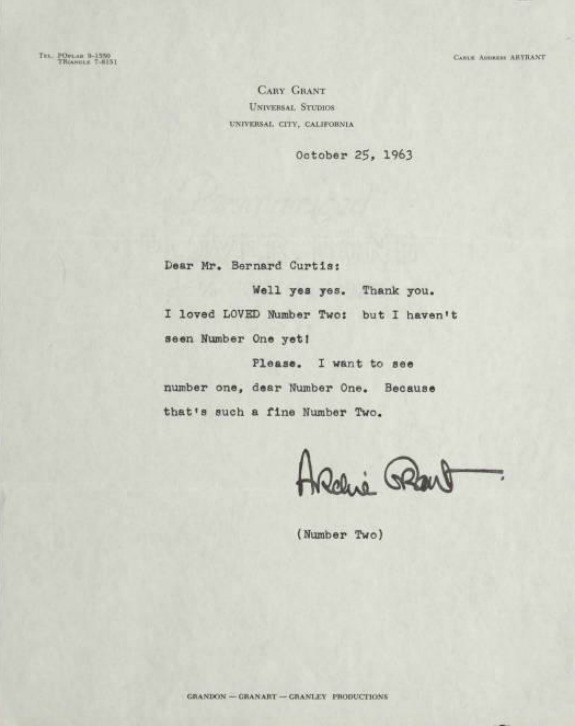 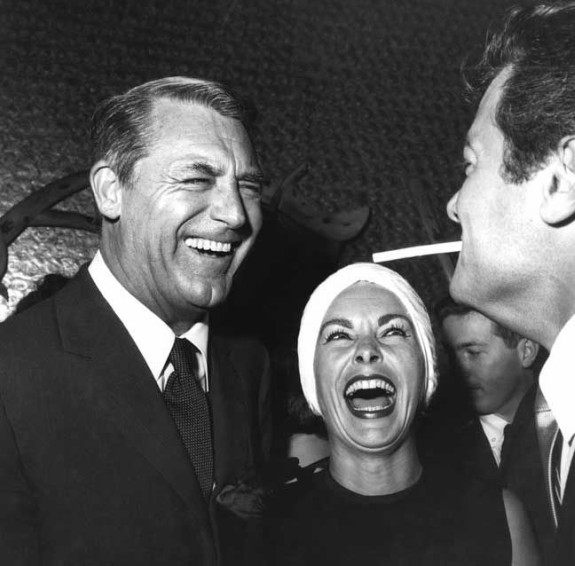 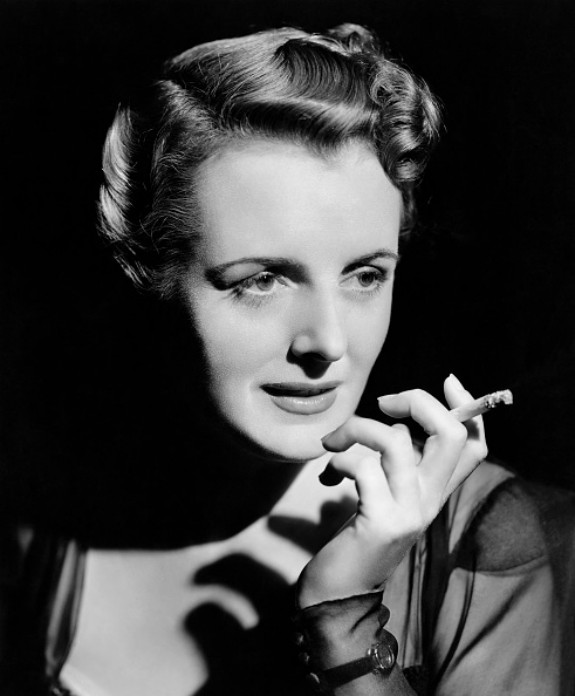 Not long ago I discovered that the great Mary Astor was not only an actress but also an author. Apart from having written two autobiographies, she also wrote five novels.

Astor started her writing career in the late 1950s when her film career was coming to an end. Her first book was a memoir entitled My Story (1959), which spoke candidly of her problems with her parents (her father was physically and emotionally abusive and saw his daughter only as a moneymaker), her failed marriages, a big scandal in the 1930s involving her diary (read more here), her struggle with alcoholism and a suicide attempt. Astor had become a Catholic in 1951 and had written the book at the urging of a priest as a therapeutic assignment. While My Story dealt with her personal life, in 1971 Astor would publish a second memoir A Life on Film, which was about her Hollywood career. Following the success of the bestselling My Story, Lee Barker (Astor's editor) suggested Astor also try her hand at fiction. She did, and ultimately wrote five novels, i.e. The Incredible Charlie Carewe (1960), The Image of Kate (1962), The O'Conners (1964), Goodbye, Darling, Be Happy (1965), and A Place Called Saturday (1968). 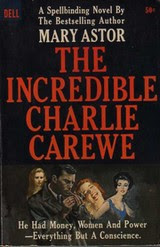 The letter for this post concerns Astor's first novel The Incredible Charlie Carewe. Astor wrote the letter to her agent Gloria Safier after Safier had read and praised a draft of the novel. What I found particularly interesting in Astor's letter is her admission to having written the book "with enthusiasm and enjoyment- something [she'd] never been able to bring to acting." Intrigued by Astor's remark, I browsed the web and found a few other comments she made on the subject. She reportedly once said: "I was never totally involved in movies. I was making someone else's dream come true. Not mine." In 1961 she told Hedda Hopper: "Both jobs are creative; acting is easier but writing gives greater satisfaction." And in her 1971 memoir A Life on Film Astor said of her 45-year acting career: "If only I could have put all that time and work and study into writing. I might have learned to write well—I mean really well."

With regard to The Incredible Charlie Carewe, someone who was impressed with Astor's writing --at least when it came to her handling of the novel's protagonist, the psychopath Charlie-- was renowned psychiatrist Hervey Cleckley. In the 1964 edition of his classic work on psychopathology The Mask of Sanity (1941), Cleckley said: "In many respects the most realistic and successful of all portrayals of the psychopath is that presented by Mary Astor in The Incredible Charlie Carewe. The rendition is so effective that even those unfamiliar with the psychopath in actual experience are likely to sense the reality of what is disclosed. The subject is superbly dealt with, and the book constitutes a faithful and arresting study of a puzzling and infinitely complex subject. Charlie Carewe emerges as an exquisite example of the psychopath – the best, I believe, to be found in any work of fiction." Wow, that is some recommendation-- Astor must have loved that! 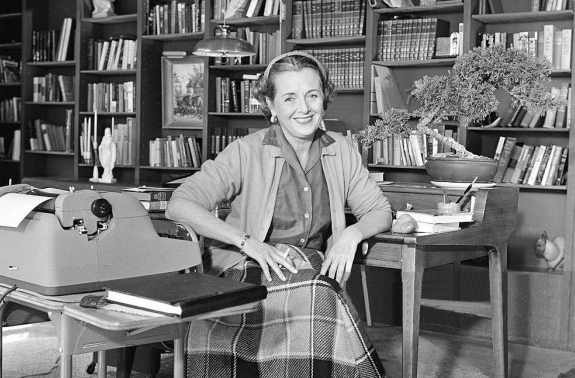 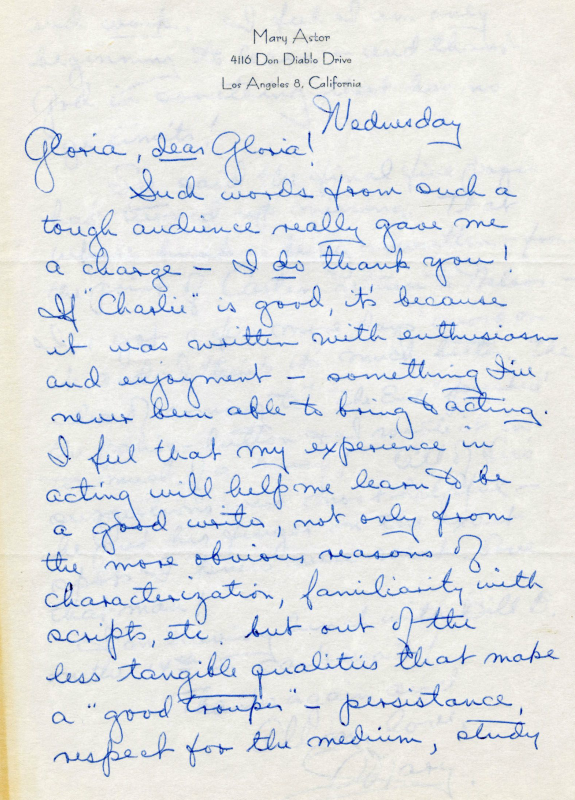 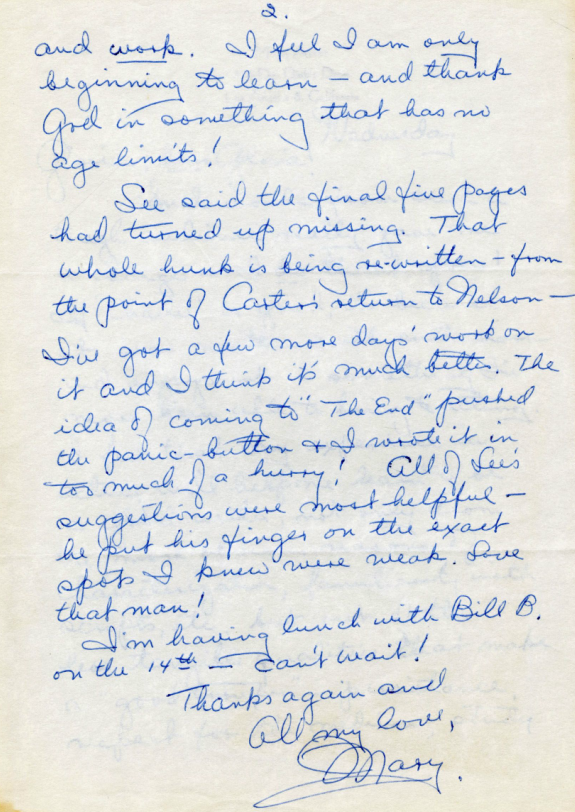 Such words from such a tough audience really gave me a charge- I do thank you!

If "Charlie" is good, it's because it was written with enthusiasm and enjoyment- something I've never been able to bring to acting. I feel that my experience in acting will help me learn to be a good writer, not only from the more obvious reasons of characterization, familiarity with scripts, etc. but out of the less tangible qualities that make a "good trouper" - persistance, respect for the medium, study and work. I feel I am only beginning to learn- and thank God in something that has no age limits!

Lee said the final five pages had turned up missing. That whole hunk is being rewritten- from the point of Carter's return to Nelson- I've got a few more days' work on it and I think it's much better. The idea of coming to "The End" pushed the panic-button + I wrote it in too much of a hurry! All of Lee's suggestions were most helpful- he put his fingers on the exact spots I knew were weak. Love that man!

Thanks again and
All my love,
Mary 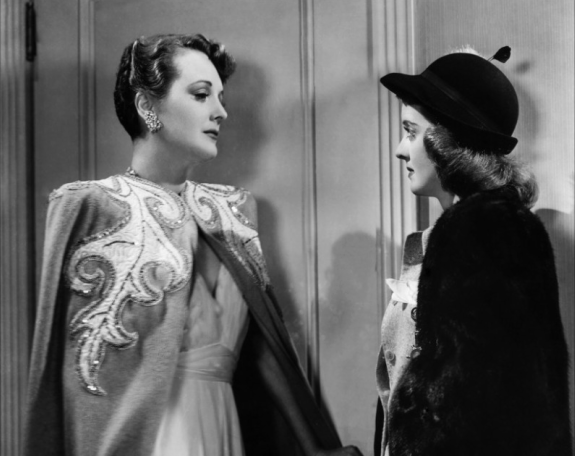