Your Christmas card was the most wonderful that I have ever received!

Director George Cukor usually began planning his Christmas cards in the fall. His good friend and fashion photographer George Hoyningen-Huene (who worked as a colour consultant on some of Cukor's films, e.g. the 1954 A Star is Born) would next design the cards, a tradition which lasted until Huene's death in 1968. One of Cukor's most elaborate cards was the 1959 Christmas card, which was a collage of his three dogs, several film projects and events (see here). The 1961 card was much smaller and came in the form of a bookmark, with Cukor's Christmas greeting on one side and facsimile photos of his beloved dogs on the other. (Marilyn Monroe was one of the recipients of the 1961 card (see here).)

What Christmas cards Ingrid Bergman and Joan Crawford received from Cukor in resp. 1953 and 1966 I don't know, but judging from their reaction in the following letters the cards must have been special. Bergman, who had worked with Cukor on Gaslight (1944), thanks the director via a letter sent from Rome, Italy. (The opera she refers to in her letter is Joan of Arc at the Stake.) Crawford and Cukor were good friends —they had worked together several times, among others on The Women (1939) and A Woman's Face (1941)— and Joan not only thanks her friend for the card but also for the box of soaps he sent her. 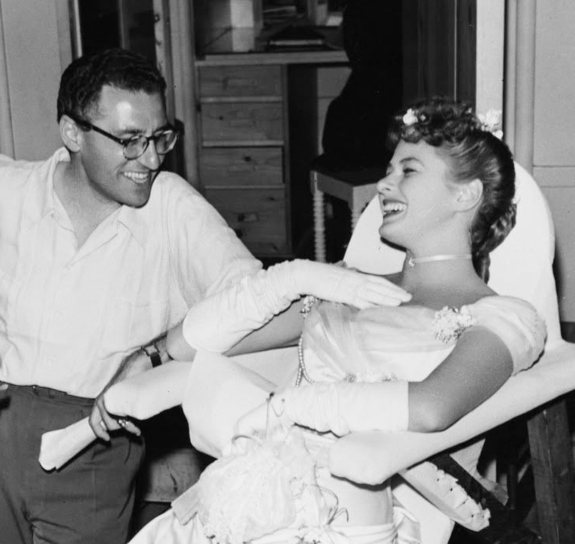 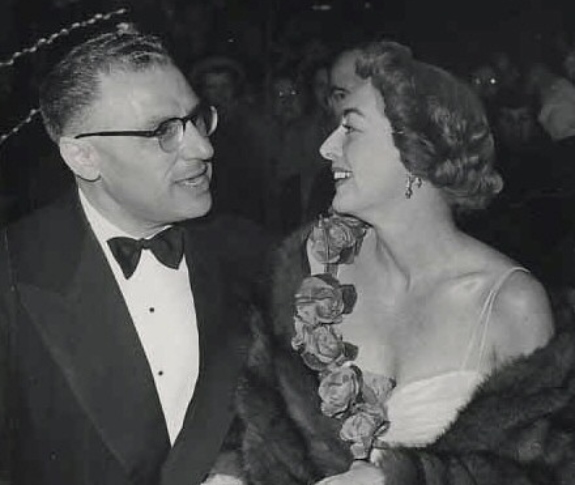 By the early 1960s, Bette Davis and Joan Crawford were no longer the big box-office stars they once were. Both in their fifties, the actresses desperately needed a project to revive their declining careers. It was director/producer Robert Aldrich who came to the rescue when he sent Joan a copy of What Ever Happened to Baby Jane?, a 1960 novel by Henry Farrell. For years Joan had asked Aldrich, with whom she had worked on Autumn Leaves (1956), to find a suitable project for her and Bette Davis (Bette and Katharine Hepburn being the actresses she admired most). Joan was very enthusiastic after reading Farrell's story and next asked Bette to co-star with her in the film.
In order to get financing for his project, Aldrich approached every studio in Hollywood but the studio moguls had little faith in the box-office appeal of the two older stars. In the end, independent production company Seven Arts agreed to finance the film and Warner Bros, after being initially reluctant, decided to distribute it. Baby Jane was made on a very modest budget —with production completed in a mere six weeks— and Bette and Joan received salaries that were much lower than their standard fees. Aldrich later recalled: "I offered each actress a percentage of the picture plus some salary. Joan accepted, but Bette's agents held out for more than I could pay". Eventually Joan was paid a salary of $30,000 plus 15% of the net profits while Bette received $60,000 (double of Joan's salary!) and 10% of the profits. Being paid in net profits, Bette compared it to gambling and, as it turned out, Joan proved to be the better gambler. Unexpectedly, Baby Jane became a massive box-office hit and, with her percentage of the profits being higher than Bette's, Joan ultimately earned much more than Bette. (According to Donald Spoto's Possessed: The Life of Joan Crawford (2010), Joan's earnings on Baby Jane amounted to $1,400,000.) 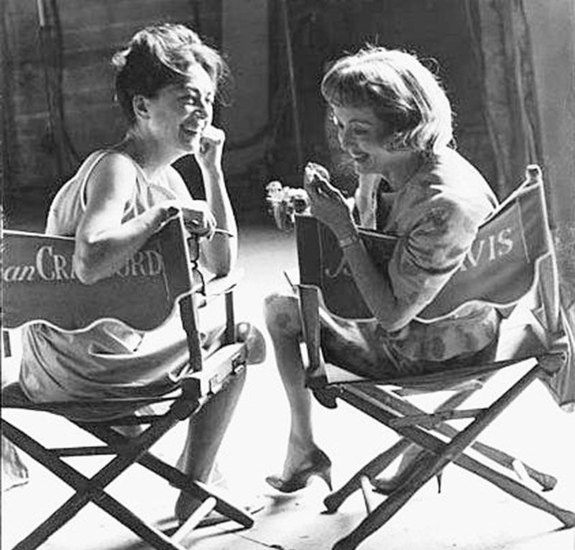 Below is the first page of Bette and Joan's contracts for Baby Jane. Under paragraph 3 their salaries are indicated. Joan's contract clearly shows that she was paid $30,000 and not $40,000, as I've seen mentioned in several sources. The film of writer/producer Luther Davis referenced in the second paragraph of Joan's contract was Lady in a Cage (1964); at the time Joan was being considered for the lead role, which eventually went to Olivia de Havilland. 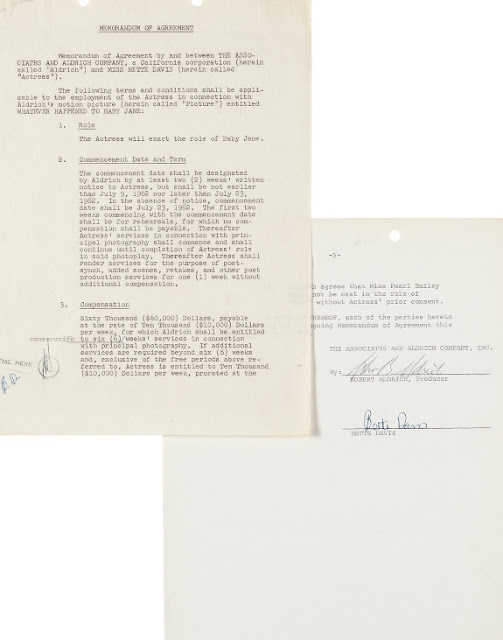 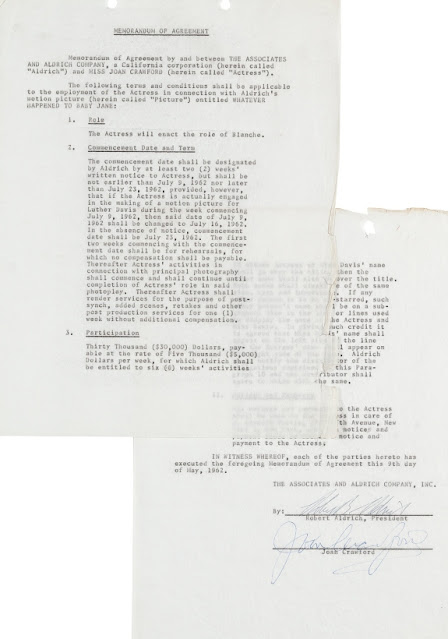 Concluding this post, here is a fun anecdote. In November 1962 Bette Davis appeared on The Jack Paar Program to promote Baby Jane. Bette told Paar that when she and Joan were first suggested for the leads, the studio moguls said they wouldn't give a dime for "those two old broads" (watch Bette with Jack Paar here). A few days later, Bette received a note from Joan saying: "Please do not continue to refer to me as an old broad. Sincerely, Joan Crawford."
Posted by Clarissa Saunders No comments:
Tags: Bette Davis, Joan Crawford, What Ever Happened To Baby Jane

It is a tremendous thrill for me to make this offer

In 1989, director Steven Spielberg made the romantic fantasy drama Always, a film that is generally considered a lesser entry in his filmography. Like Spielberg's recently released West Side Story, Always is a remake of a classic Hollywood film, i.e. Victor Fleming's A Guy Named Joe (1943), which was one of Spielberg's childhood favourites and one of the films that had inspired him to become a film director. A Guy Named Joe is about an airforce pilot (Spencer Tracy) who is killed in combat during World War II and is sent back to earth by a Heavenly "General" (Lionel Barrymore) on a new mission. For his remake Spielberg changed the setting of World War II to a modern setting of aerial firefighting. Richard Dreyfuss was cast in Tracy's role and in Barrymore's role Spielberg wanted Sean O'Connory but he was unavailable. The director then decided to replace the "General" with a female angel ("Hap") and approached Audrey Hepburn to play her.

Seen below is the letter Spielberg wrote to Audrey on 14 July 1989, offering her the part of "Hap". In his book Audrey at Home (2015), Luca Dotti recalled his mother's reaction after receiving the letter: "Years before, watching E.T. at a movie theater in Rome, my mother, extremely moved and squeezing my hand, whispered to me, "Luca, this man is a genius." Now that genius was offering her a role. When I asked her what the part was, she replied, "But it doesn't matter! Do you realize he actually wants me?" (Audrey was given a small role, making a cameo appearance.) 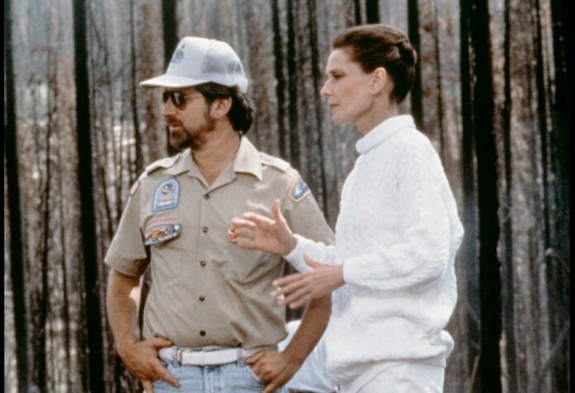 Probably best remembered for being Audrey's last film, Always was neither a critical nor commercial success. Still, it was a film both Spielberg and Audrey had enjoyed making. Spielberg said that one of the greatest thrills of his life was working with Audrey, while Audrey commented in an interview with Larry King: "I loved it, and I wouldn’t mind if he asked me again, like next summer. I’d be right back. I had really one of the best times of my life."
At the time Audrey was quite busy with her work as Goodwill Ambassador for Unicef and her $1 million salary for the film she donated to the organisation. 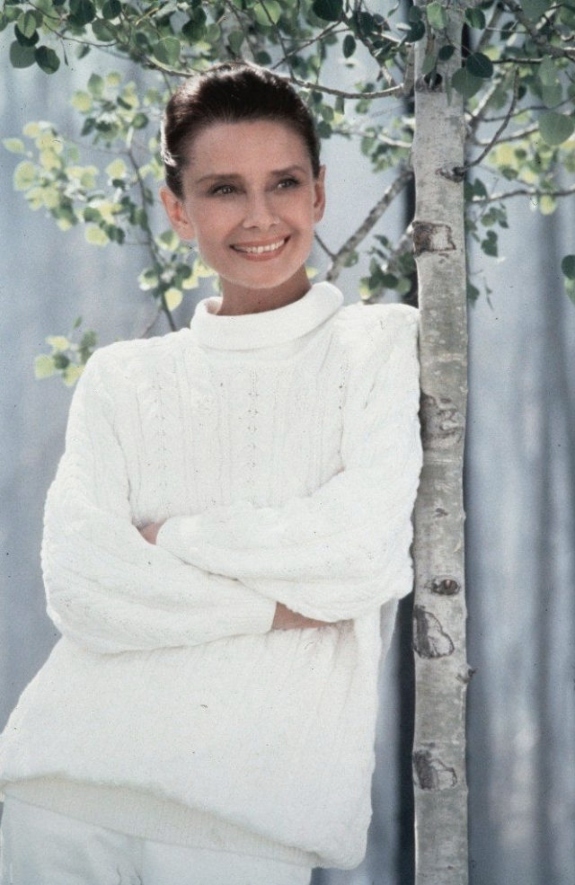 Was John Steinbeck's letter to Marilyn Monroe real or fake?

A John Steinbeck letter to Marilyn Monroe (sold for $3,520 at Julien’s Auctions in 2016) has been widely circulating the internet since 2019. In this great letter Steinbeck asked Marilyn for a signed photograph, not for himself but for his then 17-year-old nephew-in-law Jon Atkinson. For those who haven't read it yet, here is the famous letter:
It wasn't until this year that someone actually tracked down Jon Atkinson to see whether he had received Marilyn's photograph, as requested for him by Steinbeck. Michael Alberty was the investigative journalist and wrote about his findings in The Oregonian on 21 June:

I’m happy to report that Atkinson is alive and well, living in Tuscaloosa, Alabama, with Joan, his wife of 57 years. He’s a retired minister, and this commotion about his teenage preoccupation with Marilyn Monroe comes as a bit of a surprise.
Atkinson vaguely remembers hearing about his famous in-law’s letter, but he’s not sure when. Amazingly, my phone call was the first time a newspaper or magazine has reached out to ask him if he received the Monroe photograph.
Joan Atkinson says she first found out about the Steinbeck letter a few weeks ago. That’s when a former student from her days teaching in the library school at the University of Alabama called to ask, “Have you seen this letter?”
As you may have guessed by now, Atkinson never received a photograph or anything else from Marilyn Monroe.
After the call from the former student, Jon Atkinson asked his wife if she thought the letter was a fake.
“It was a good question because it’s definitely not his signature. It even has the typist’s little initials, ‘mf’ underneath the signature,” Joan Atkinson said. This is where the mystery deepens.
Joan Atkinson points out that Steinbeck almost exclusively wrote his letters in longhand with a pencil. “I could not imagine that John Steinbeck would have had a typist or secretary from the office sign a letter like that for him. As personal as this subject was, it seems strange,” she said.
Did Steinbeck write the letter for an assistant to type? All we can say with any degree of confidence is the letter was in Marilyn Monroe’s possession. Unless the typist “mf” can be located, this piece of the mystery may never be solved.
We do know young Jon Atkinson never received a photograph inscribed with a personal message from Marilyn Monroe. “That sure would have been nice, right?” Atkinson said.

Whether the letter was indeed written by Steinbeck or if it came from someone else we may never know for sure. As Alberty mentioned, the only thing we can be certain of is that the letter was owned by Marilyn, having been auctioned as part of The Estate of Lee Strasberg in 2016 (Strasberg being Marilyn's acting coach and mentor to whom she left most of her possessions). While I'd like to believe the letter was Steinbeck's, it seems odd indeed why the author had a secretary sign it for him, considering its contents and Marilyn being the addressee. (To compare signatures, check out Steinbeck's signature here.) But then again, Steinbeck had written thousands of letters in his lifetime and perhaps his letter to Marilyn just wasn't a priority, seeing that he didn't know her well. At any rate, I tried to find answers online —looking for the mysterious secretary "mf"— but, not surprisingly, I found nothing.
Incidentally, I don't know if Marilyn was a Steinbeck fan but three of his books could be found in her personal library, i.e. The Short Reign of Pippin IV, Once There Was a War, and Tortilla Flat (source). 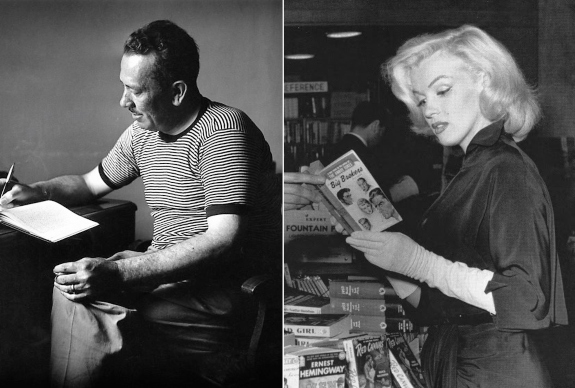