Elia Kazan and HUAC: I believe what I did was necessary and right

Despite being one of the great American directors, Elia Kazan will always be remembered for his damaging testimony before the House on Un-American Activities Committee (HUAC) on 10 April 1952, a testimony which would taint his reputation for the rest of his life. During his first testimony earlier that year in January, Kazan had refused to name the names of people who had been members of the Communist Party with him during the 1930s. In order to avoid being blacklisted, however, Kazan testified again a few months later, this time volunteering the names of eight of his old friends (including Clifford Odets and Paula Strasberg), thereby destroying careers.

Kazan decided to cooperate with HUAC so he could continue making films. While he was an established stage director and could have kept working if he had been blacklisted —the blacklist didn't have much effect on Broadway — he didn't want to focus on the stage any longer, wishing to make motion pictures instead. To his close friend, playwright Arthur Miller, Kazan said prior to his testimony: "I hate the Communists and have for many years and don't feel right about giving up my career to defend them. I will give up my film career if it is in the interests of defending something I believe in, but not this". 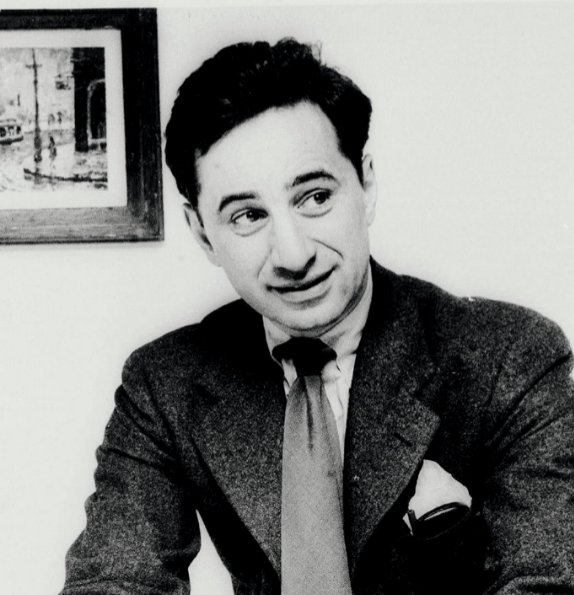 And so, Kazan escaped the Hollywood blacklist and continued doing what he wanted to do most — make films. He would deliver some of his best work in his post-HUAC period, e.g. East of Eden (1955) and On The Waterfront (1954), the latter film regarded as Kazan's justification for informing. (Before 1952 Kazan had already made films such as A Tree Grows in Brooklyn (1945), Gentleman's Agreement (1947), Panic in the Streets (1950) and A Streetcar Named Desire (1951).)

His naming names cost Kazan several friendships (including his close friendship with Arthur Miller) and made him persona non grata in Hollywood. Even with the passing of time, Kazan remained a controversial figure whose actions could not be forgotten. In 1999 when the Academy of Motion Picture Arts and Sciences decided to honour him with a Lifetime Achievement Award, the decision caused a lot of commotion in Hollywood leaving people clearly divided. While some felt Kazan deserved the Oscar for his body of work, others disagreed refusing to stand up and applaud at the ceremony (watch here).

Kazan never apologised or showed remorse for what he had done. While he admitted to regretting "the human cost" of it, in the end Kazan stood by his actions: "Maybe nobody agreed with me, but I thought that was the right thing to do. Maybe I did wrong, probably did. But I really didn't do it for any reason other than that I thought it was right." 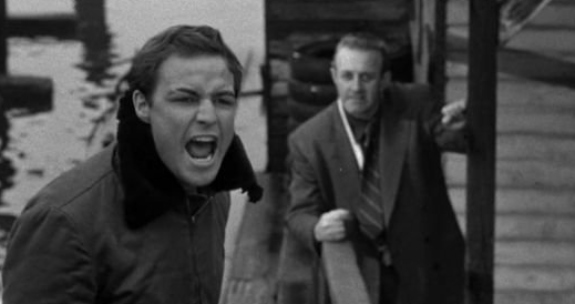 And now, the letter!

Eleven days after he had given his HUAC testimony, Elia Kazan wrote to screenwriter Robert E. Sherwood, saying that although his informing was "difficult and painful", it was also "necessary and right".

Your letter meant so much to me that I found it a little hard to answer. What can I say? You have it exactly. It was difficult and painful. No one likes to "tell". And to say that something is difficult and mean it is to face the fact that it can never come out 100% comfortable. It didn't.

I believe what I did was necessary and right. The silence of so many of the House Committee's witnesses had disgusted me. I thought what the nation needed was a sense of proportion about the problem and, for this, cold facts. Yet the first time I was called down, though I answered every question about myself and my own activities, I refused to name other individuals. It was as if 12th. st.* had kept hold of a little piece of my conscience all these years. The Communists had done violence to everything I believed in, and still somehow I stayed silent and shrugged it off and minimized and looked the other way.

Enough of that! I've been trying during these last weeks to let the air in and the light and to take a good fresh look at what's in my damned head. Painful as its been, I'm really glad it all happened.

Source: The Selected Letters of Elia Kazan, edited by Albert J. Devlin with Marlene J. Devlin; published in 2014 by Alfred A. Knopf.
Notes
On 12 April 1952 following his HUAC testimony, Kazan took out an ad in the New York Times, defending his actions. Kazan's full statement can be read here.

By the early 1930s, Jean Arthur's Hollywood career had failed to take off, making Jean turn to the theatre instead. She made her Broadway debut in 1932 with a small role in the play Foreign Affairs and a year later had her first starring role in The Curtain Rises which earned her good reviews. Jean later recalled that these two years on Broadway had been "the happiest years of [her] life". She preferred the stage over Hollywood, having said at one time: "I don't think Hollywood is the place to be yourself. The individual ought to find herself before coming to Hollywood.... On the stage I found myself to be in a different world. The individual counted. The director encouraged me and I learned how to be myself." 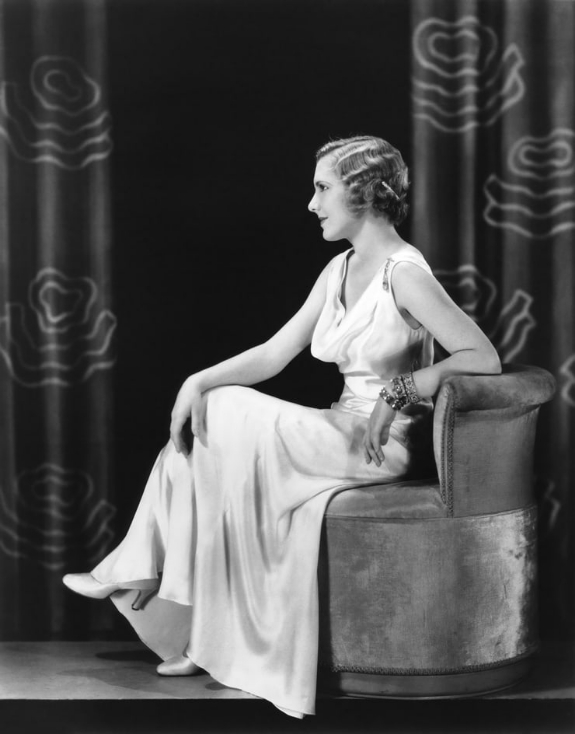 Having made a name for herself on the stage, Jean returned to Hollywood and signed a contract with Columbia Pictures in February 1934. Ten years later, after a string of very successful films including Mr. Deeds Goes To Town (1936), Mr. Smith Goes To Washington (1939) and The More The Merrier (1943), her contract with the studio ended and Jean reportedly ran through the streets of Columbia cheering "I'm free! I'm free!". Jean retired from making films, accepting only two more film offers, i.e. Billy Wilder's A Foreign Affair (1948) and George Stevens' Shane (1953). Over the next few decades, she would return to the stage a total of five times.
Jean's post-retirement stage career was, to say the least, a curious one. Jean suffered from chronic insecurity and extreme stage fright that made her abandon every project she had agreed to (with the exception of Peter Pan). In 1945, Jean was cast as the female lead in Garson Kanin's Born Yesterday (written especially for her) but then quit during try-outs, her departure paving the way for newcomer Judy Holliday who became a success both on the stage and on the screen (in George Cukor's 1950 Born Yesterday). Nine years later, Jean abandoned George Bernard Shaw's Saint Joan, calling it quits just before the play was to start a three-week run in Chicago. The Freaking Out of Stephanie Blake was cancelled in 1967 after a disastrous preview, with Jean refusing to go on. And in 1975, Jean walked out on First Monday in October (in which she starred opposite Melvyn Douglas) after eleven performances. On each occasion, Jean left the production claiming some illness or other, involuntarily throwing cast and crew members out of work and costing producers heaps of money. 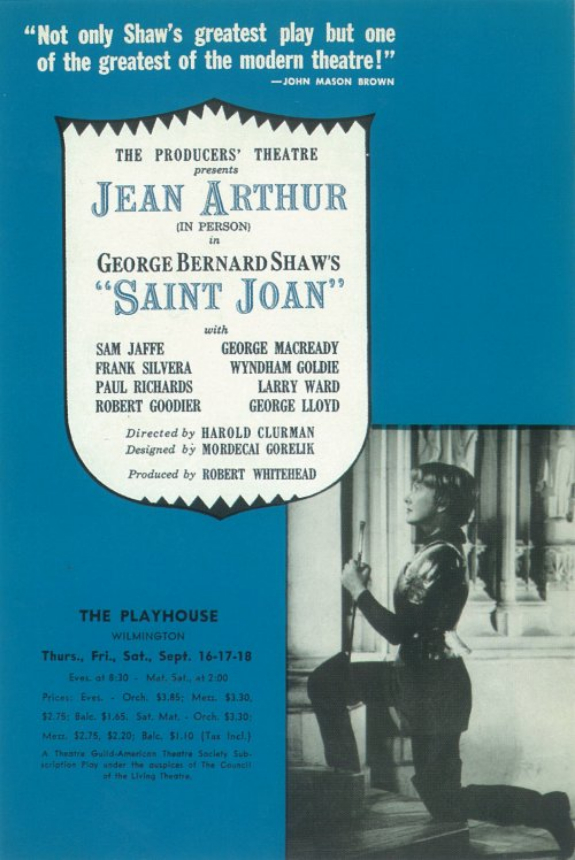 Of the productions Jean had quit, abandoning Saint Joan in 1954 hurt her the most, having dreamed of playing Joan of Arc all her life. Right from the start there were problems with director Harold Clurman with whom Jean constantly clashed and who humiliated her in front of the company during rehearsals. By the time the US tour reached Chicago, Jean's confidence was at an all time low, not only because of Clurman's constant criticism but also because of the mixed reviews her performance had garnered. On opening night in Chicago, Jean told producer Robert Whitehead that she was not feeling well and half an hour before curtain time she left the theatre saying she was "too jittery and sick" to perform. Several days later, Jean's doctor diagnosed her with "complete exhaustion". By leaving the play Jean felt that she had failed her favourite heroine and later said: "Every bit of me was committed to it. When the show folded, I folded. I'd put everything into Saint Joan. There was nothing left.... I felt like the walking maimed". 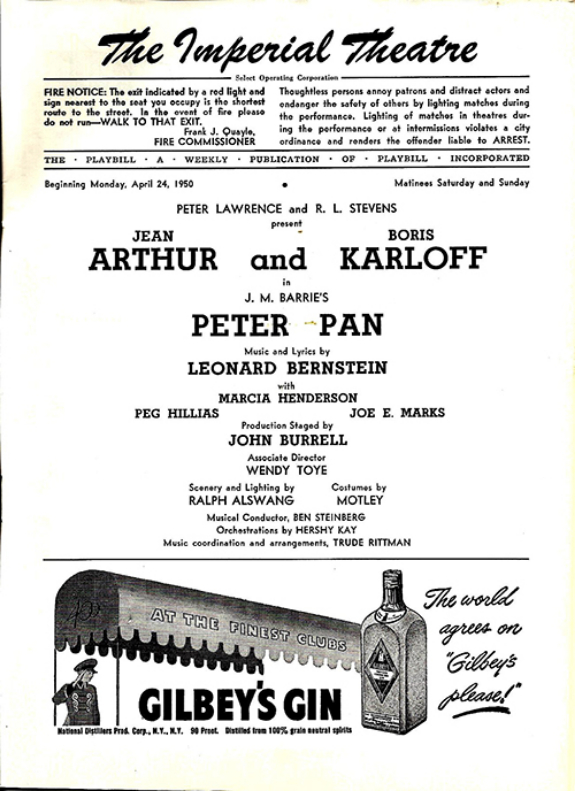 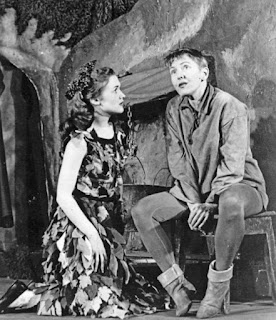 Apart from the debacles, there was one major triumph. Like Joan of Arc, Peter Pan was a role Jean had dreamed of playing all her life. In April 1950, her dream came true when she got to star on Broadway in Leonard Bernstein's adaptation of J.M. Barrie's play Peter Pan, giving a convincing performance which earned her both public and critical acclaim. But while the show would enjoy a long and successful run, it did have its problems in August 1950. With eight performances a week in a physically demanding role, 49-year-old Jean was exhausted and refused to go on. Producer Peter Lawrence sought to permanently replace her but Jean just wanted a vacation, having no intention to leave the show. Eventually, Lawrence and Jean's lawyer reached an agreement and Jean went back to work two weeks later. (During her absence, Jean was replaced by 23-year-old Barbara Baxley with whom she later became close friends.) The show continued being a big success and ran until January 1951 with a then record of 321 performances. Jean later said that playing Peter Pan was without a doubt the highlight of her career: "That was my happiest role and I think my finest acting."

And now, as always, I will leave you with a piece of correspondence. The following note concerns a play that Jean was interested in doing. Jean, who was an admirer of the Norwegian playwright Henrik Ibsen, wrote to a Mr. Funke in February 1952, saying she was thinking about starring in Ibsen's The Master Builder. The role she wanted to play was Hilde Wangel, the story's impulsive heroine. In the note Jean mentions the opening of the play to be in the fall of 1952, but according to biographer John Oller it wasn't until early 1954 that Jean was to join the cast of The Master Builder. In the end, however, Jean never played Hilde. Another play she was dying to do, Saint Joan, got in the way. 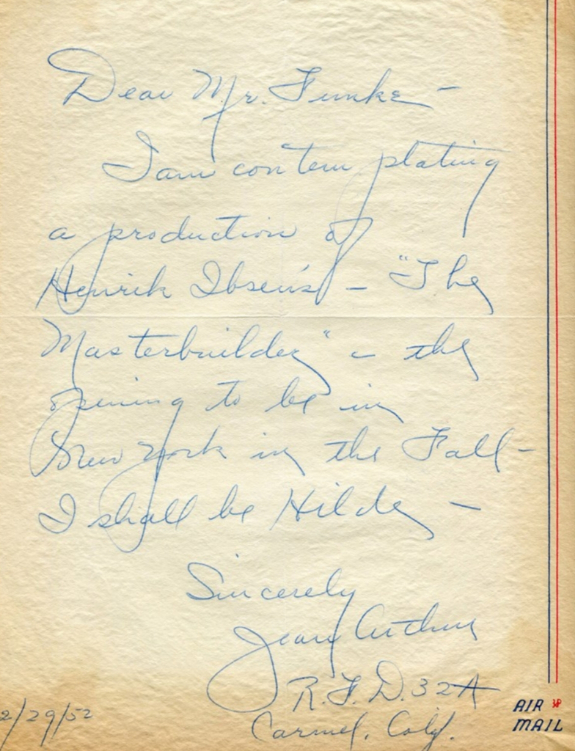