Ginger Rogers was one of Doris Day's childhood idols. As a teenager watching Ginger dance, Doris wanted to become a professional dancer but a car accident in 1937 abruptly shattered that dream. Years later, when asked to co-star with Ginger in Storm Warning (1951), Doris naturally jumped at the chance to work with her. The film, a grim anti-Ku Klux Klan noir/drama, remained their sole collaboration.

Fast forward to 30 November 1979. Ginger Rogers was given a tribute at The Masquers Club in Los Angeles and among those attending the event were Fred Astaire, Eve Arden, Joseph Cotten and Pat O'Brien. Doris didn't attend but was one of the people who had sent a congratulatory telegram. Thrilled to receive Doris' message, a week later Ginger responded with the following heartfelt letter. 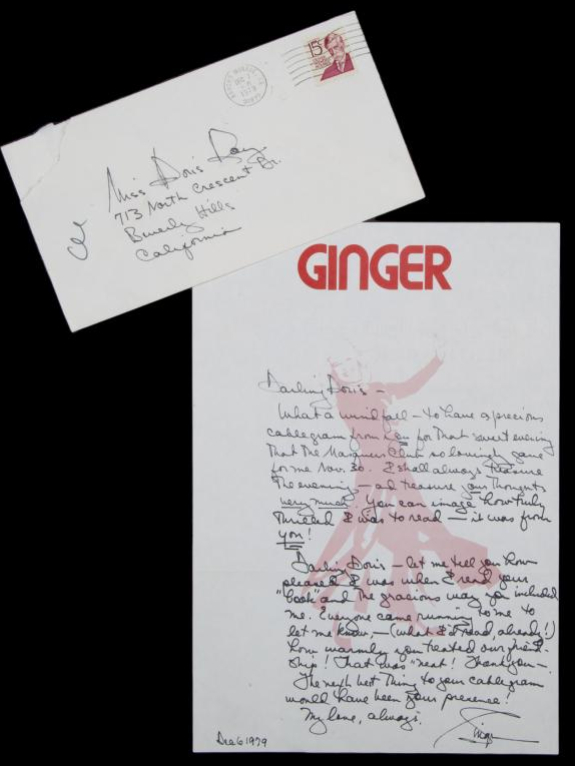 What a windfall — to have a precious cablegram from you for that sweet evening that The Masquers Club so lovingly gave for me Nov. 30. I shall always treasure the evening — and treasure your thoughts very much. You can image how truly thrilled I was to read — it was from you!

Darling Doris - let me tell you how pleased I was when I read your "book" and the gracious way you included me. Everyone came running to me to let me know, — (what I'd read, already!) how warmly you treated our friendship! That was "neat ! Thank you — The next best thing to your cablegram would have been your presence! 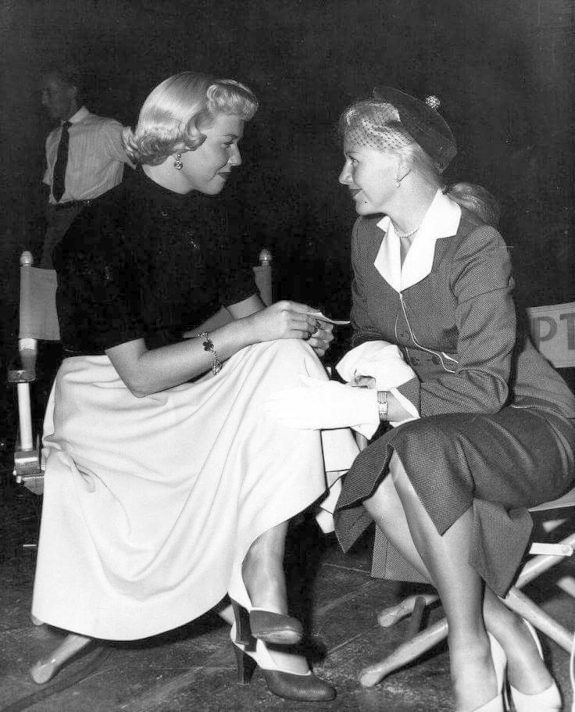 Growing up in the English countryside, Elizabeth Taylor loved being around animals and felt more comfortable around them than children her own age (chickens, pigs, horses, cats, dogs etc. —young Liz befriended them all). As she grew older, Elizabeth's profound and unconditional love for animals remained and she once called them her "sweetest and most cherished friends". "I sometimes think I prefer animals to people", she said. "And I was lucky. My first leading men were dogs and horses" (referring to Lassie Come Home (1943) and National Velvet (1944)). 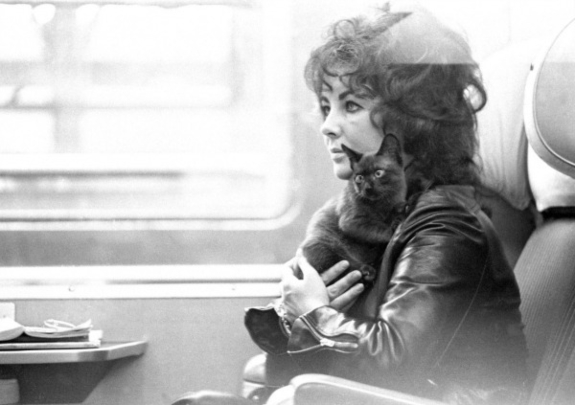 Throughout her life, Elizabeth had numerous pets and among them many cats. One of her beloved cats was Cassius. In 1974 when her then-husband Richard Burton went to Oroville (California) to film The Klansman, Liz accompanied him, bringing Cassius with her. The couple had rented a private house in town, but Cassius had trouble settling into his new environment and soon went missing. Looking everywhere for her furry friend, Liz was unable to find him. Very upset, she then wrote Cassius this touching letter, urging him to come back. Sadly, he never did.

(The letter was later found in a drawer by the owner of the house, long after the Burtons had left.) 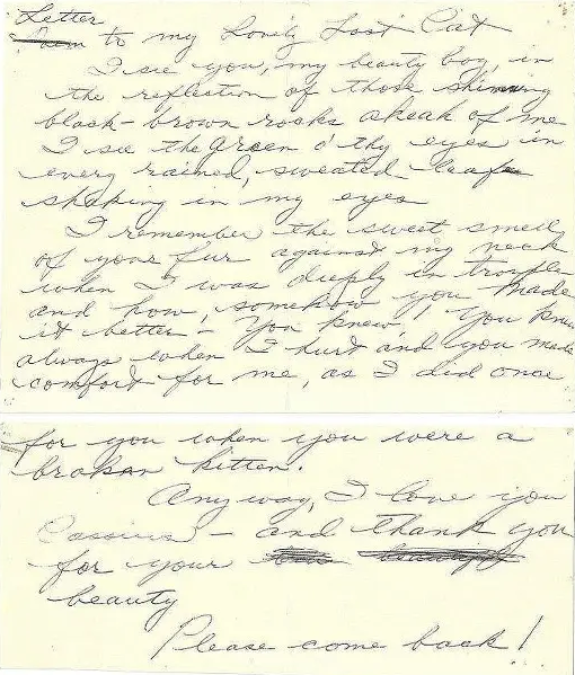 Letter to my Lovely Lost Cat

I see you, my beauty boy, in the reflection of those shining black-brown rocks ahead of me. I see the green o’ thy eyes in every rained, sweated leaf shaking in my eyes.

I remember the sweet smell of your fur against my neck when I was deeply in trouble and how, somehow you made it better — you knew! You knew always when I hurt and you made comfort for me, as I did once for you when you were a broken kitten.

Anyway, I love you Cassius — and thank you for your beauty. 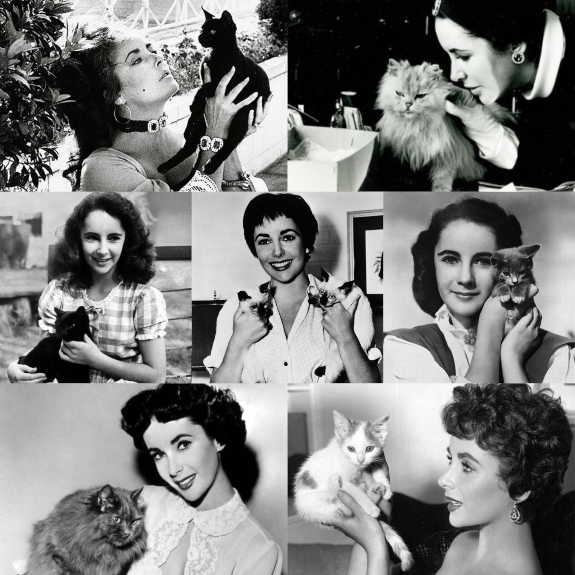 I am no Jerry Lewis fan. At all. I find him mostly annoying and very unfunny, having seen several of the films he did with Dean Martin (whom I like). Coming across a letter from Lewis to Stella Stevens, however, I decided to give Lewis another chance and watch The Nutty Professor (1963) — the film in which he co-starred with Stevens and which is generally considered his best (Lewis also directed and co-wrote the screenplay).

A comical take on the classic Jekyll and Hyde story, The Nutty Professor is quite entertaining, I must admit, and despite being a Lewis "hater" I thought he was tolerable in this film. (His signature antics were luckily kept to a minimum and I liked the serious undertones of the film.) Stella Stevens, who was cast by Lewis in the female lead, was just right for the role, good at playing both sexy and innocent. Lewis himself was very impressed with Stevens and during filming he became even infatuated with her. 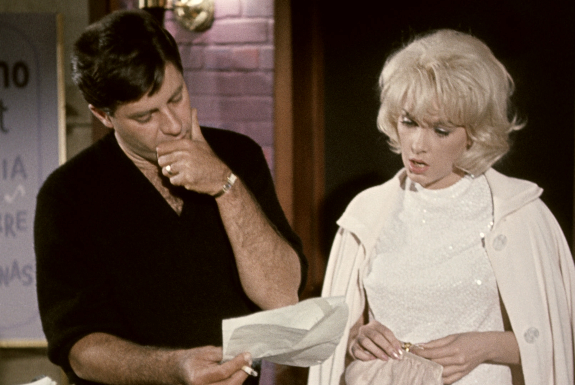 Three weeks into production, a smitten Lewis decided to write Stevens a letter (as said, the letter being the reason for my watching The Nutty Professor in the first place). In it, he raved about how absolutely wonderful Stevens was to work with, something he had never experienced before. Going a bit overboard with his praise, Lewis acknowledged it was "not the kind of a letter [he] would want to dictate", therefore typing it himself.

Incidentally, The Nutty Professor became the biggest hit of Lewis' career and it remained the only film he and Stevens did together. 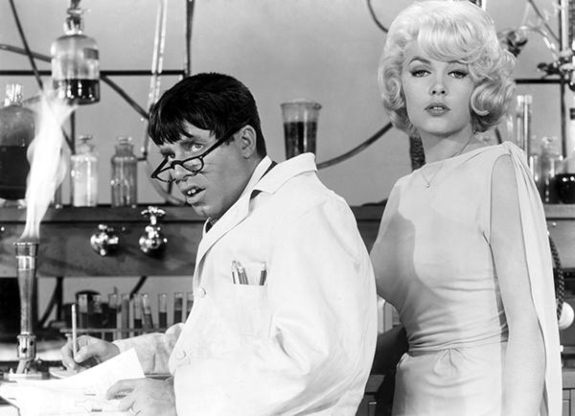 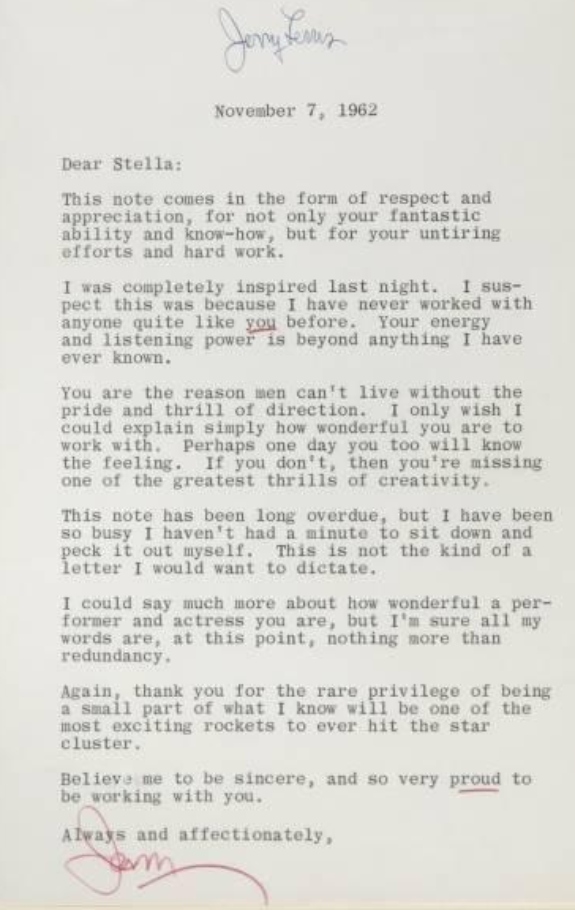 This note comes in the form of respect and appreciation, for not only your fantastic ability and know-how, but for your untiring efforts and hard work.

I was completely inspired last night. I suspect this was because I have never worked with anyone quite like you before. Your energy and listening power is beyond anything I have ever known.

You are the reason men can't live without the pride and thrill of direction. I only wish I could explain simply how wonderful you are to work with. Perhaps one day you too will know the feeling. If you don't, then you're missing one of the greatest thrills of creativity.

This note has been long overdue, but I have been so busy I haven't had a minute to sit down and peck it out myself. This is not the kind of a letter I would want to dictate.

I could say much more about how wonderful a performer and actress you are, but I'm sure all my words are, at this point, nothing more than redundancy.

Again, thank you for the rare privilege of being a small part of what I know will be one of the most exciting rockets to ever hit the star cluster.

Believe me to be sincere, and so very proud to be working with you.