Seldom praised for her acting skills, Hungarian-born Zsa Zsa Gabor is probably best known for her flamboyant personality, her many marriages (9!) and her great one-liners. Her memorable quotes include "I am a marvellous housekeeper. Every time I leave a man, I keep his house."/ "Husbands are like fires. They go out when unattended."/ "I want a man who's kind and understanding. Is that too much to ask of a millionaire?" That Zsa Zsa had a way with words is also clear from the following letter she sent to the fan magazine Photoplay in April 1953 (published in the Soap Box-section of the Readers Inc. page). The letter was Zsa Zsa's response to a negative comment about her from a reader named Lou Sullivan — a comment she simply couldn't ignore. 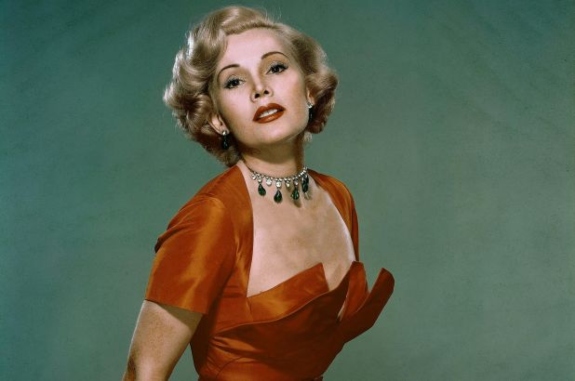 In her autobiography A Private View (1983) Irene Mayer Selznick said that David Selznick didn't seriously propose to her until long after they knew they were going to be married. Once he had begun to propose, he never stopped. In fact, not a day went by without yet another proposal, each one more original than the previous one.

One of Selznick's marriage proposals to Irene Mayer is seen below. In a letter the producer first discussed several film-related matters and then, seemingly as an afterthought, added this great proposal:

I've been thinking of you and decided to marry you if you'll have me. I'm middle-aged to be sure; I have a hammer toe and I run into things; I'm ex-arrogant, and once I wanted to be a big shot; I snore loudly, drink exuberantly, cuddle (i.e. snuggle) expansively, work excessively, play enthusiastically, and my future is drawing to a close, but I'm tall and Jewish and I do love you. David-in-quest-of-his-Mate.

David Selznick and Irene Mayer (daughter of MGM mogul Louis B. Mayer) were married from 1930 until 1949 and had two sons. They eventually grew apart as a result of Selznick's infidelity —he had started an affair with Jennifer Jones— and his gambling addiction. The couple separated in 1945 but their divorce wouldn't be finalised until 1949. Having worked as an executive at her husband's production company Selznick International Pictures, Irene began a career as a theatre producer after the separation, producing the 1947 play A Streetcar Named Desire. 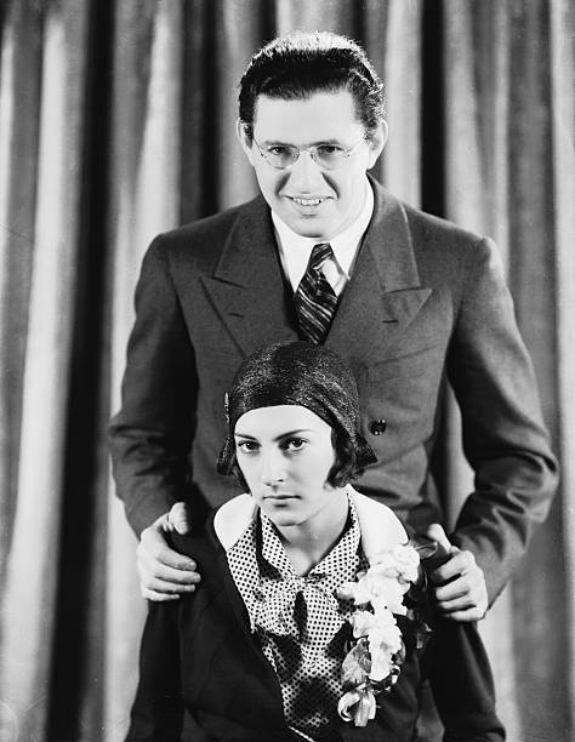 When Warner Bros. decided to film Life with Father (1947), the 1939 hit play by Howard Lindsay and Russel Crouse, they quickly settled on William Powell for the role of Father (Clarence Day Sr.) and borrowed him from MGM. Finding the right actress to play Mother (Vinnie Day) proved a more difficult task, though. Several actresses were tested, including Rosalind Russell, Rosemary DeCamp and even Mary Pickford who, wishing to make her comeback to the screen after a thirteen-year absence, was very eager to play the part. None of these ladies was chosen, however, with Pickford quite devastated when she was rejected. (Producer Robert Buckner recalled: "[Studio boss] Jack Warner and [director] Mike Curtiz were cowards about telling her, so they told me to go to Pickfair and inform America's sweetheart that she was washed up in pictures. She made a great entrance down a staircase and was smiling and beaming, thinking she had the part. She just dissolved in front of my eyes when I told her the bad news.")

The studio's initial choice for the female lead was Bette Davis, Warners' top leading lady at the time. While Bette wanted the role, the authors of the play weren't convinced she would be right for it, so they insisted that Michael Curtiz shoot a test with her doing a comedy scene. Curtiz travelled to New York to show the test to the theatre people but they were unimpressed and Bette was rejected. In a 1980's interview Bette said she didn't mind losing the part as she didn't want to work with Curtiz again anyway. (Having worked with Curtiz six times, Bette once said about him: "He was not a performer's director ... You had to be very strong with him. And he wasn't fun. He could humiliate people, but never me. He was a real BASTARD! Cruelest man I have ever known. But he knew how to shoot a film well.")

The part of Vinnie Day was eventually given to freelance actress Irene Dunne, at the time still a top box-office draw. Irene thought the role wasn't appealing at all —she hated Vinnie's ditsiness— and refused it several times. It took a lot of persuasion from Curtiz before Dunne finally accepted: "... I accepted the part because it seemed to be rewarding enough to be in a good picture that everyone will see." And indeed — Life with Father became a huge box-office hit, receiving generally good reviews and four Oscar nominations to boot (including nominations for William Powell and Max Steiner for his score). 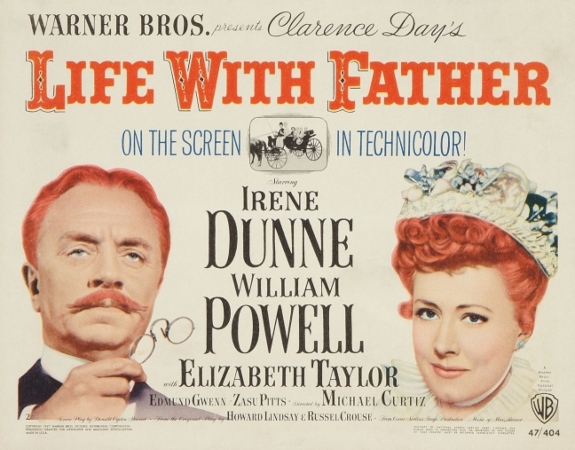 In December 1945, after returning from New York where he had screened Bette Davis' test for Howard Lindsay and Russel Crouse, Michael Curtiz sent Bette the following telegram in care of the Plaza Hotel in Laredo, Texas, where she and her third husband William Grant Sherry were still enjoying their honeymoon. Curtiz informed her that the people in New York didn't approve of the test, finding her performance "too powerful, too dominating, too superior and without any naivete...". The director went on to say that he was "heart-broken" as he had looked forward to working with her again. Whether Curtiz was sincere or not I don't know; at any rate, as mentioned above, Bette didn't like working with him and the two never worked together again.

Dear Bette: Just returned from New York after projecting your test to the group that operates "Life with Father". Bette, it was worse than the Potsdam Conference. I was not born to be a diplomat, so probably hurt a few people's feelings. I was and still am honestly convinced that you are the woman to play the part but I could not overcome objections of these critics using all the technical terms of the theatre, such as the characterization is too powerful, too dominating, too superior and without any naivete, etc., etc. I explained the circumstances under which we made the test without much preparation. Tried to convince them that being the great artist you are you could overcome all objections and you could easily characterize the part as it should be played but I was not very successful; was overruled, and I am afraid Bette, we will have to just consider it for the time being forgotten, unless I can change their minds when they come out to the coast and insist upon other tests. All I can tell you is that I am heart-broken as I had looked forward to working with you and I hope some day we can start on a moving picture which will not have to be approved by superior prejudiced critics of the theatre. Much love and happiness to you and your husband— Michael Curtiz 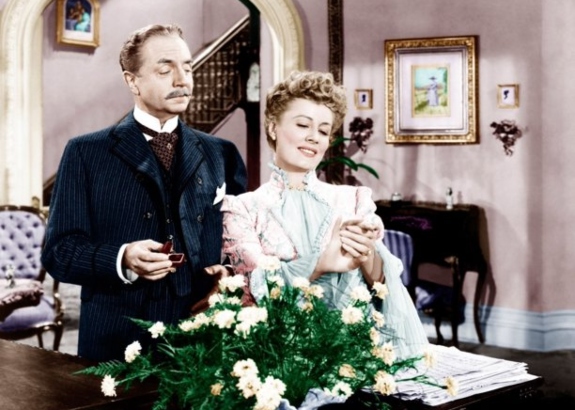 You should face the fact that he has no talent

In 1952, Italian neorealist director Roberto Rossellini approached Rebecca West, British author and literary critic, to write the dialogue for his next film, to be based on Colette's novel Duo. West then travelled to Italy to meet with Rossellini and his wife Ingrid Bergman who was to be the female star of the film. Meeting Rossellini, West found the director "a show-off, very gabby, ignorant and pretentious" and thought that his idea for the screenplay was "not enough to make a good film". (As Rossellini had not been able to purchase the rights to Colette's novel, he had presented her with a plot line that was quite different from the book.) Also unimpressed with Rossellini's previous film Europe '51 (1952), West eventually declined the assignment and went back home. 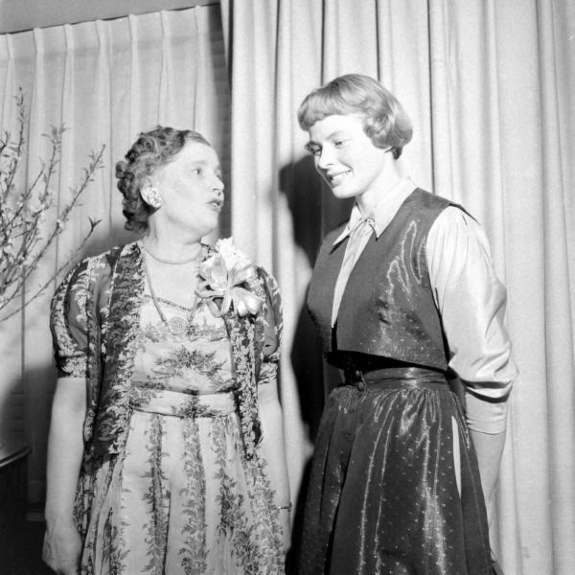 Returning home from her disappointing Italian trip, West received a letter from Ingrid Bergman who apologised for the failure of their joint project. The letter shown below is not Bergman's letter, though, but West's brutally honest reply ("an extraordinary letter", as she herself called it, unlike anything she had ever written).

Incidentally, although West felt Bergman had "great talent and a great personality", she once made some derogatory remarks about the actress, saying that she was "common and mannerless" and that —after West's husband had told her that Ingrid's mother came from Hamburg, Germany— "she might well be a housemaid in a big Hamburg hotel".

Thank you very much for your letter, which I am going to answer honestly. My feelings were not in the least hurt by the abandonment of what was for both of us a trial trip. But I was distressed by the whole incident, from your point of view. I had been asked to write the dialogue of a film which was being founded on an important novel, Duo, by an important writer, Colette.

Instead I was faced with a ridiculous idea, incapable of development in any way not likely to be prejudicial to your reputation.

You may love your husband very much, but you should face the fact that he has no talent. You have great talent and a great personality, and it is absurd that for the sake of your private emotions you should allow these gifts to be wasted in a film like Europe 1951, which is so inept that even your performance, which excites admiration by itself, cannot save it.

You will not believe this when you read it, and you will think me an odious woman. But when your husband has made two more films for you, you remember this letter, and think about putting yourself in the hands of a competent director.

With all good wishes,

The film that Rossellini eventually made without West's help was Journey to Italy (1954), starring Ingrid Bergman and George Sanders as an estranged married couple vacationing in Italy. While both a box-office and critical flop upon release, the film is now regarded by many as Rossellini's masterpiece and according to director Martin Scorsese "one of the most honest portraits of a marriage ever put on film". Loosely based on Colette's novel Duo, the screenplay was written by Rossellini and Vitaliano Brancati.