There is only one you

In his 1996 biography on Audrey Hepburn, Barry Paris stated that Audrey was not only a biographer's dream but also a biographer's nightmare. A beloved actress and a passionate advocate for children's rights, Audrey was (and still is) só admired and revered that practically nobody had anything negative to say about her. Paris found that the worst thing Audrey seemingly did was her failure to mention Patricia Neal at the 1965 Oscars (read more about that here). 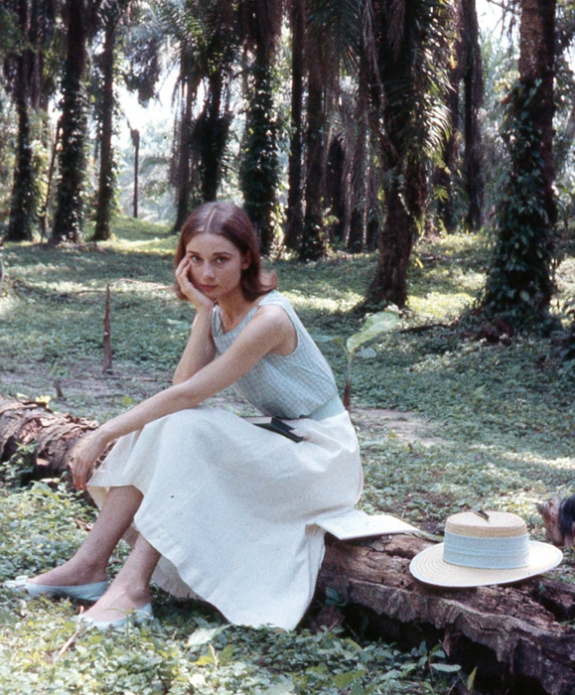 Audrey is and has been an inspiration to a lot of people, even long before she reached her icon status. One of the people she inspired in the early 1960s was Cherylin Sarkisian, an insecure teenage girl who became later known as Cher.

A teenager who didn't really fit in, Cher hated high school but loved to watch movies. In 1961 she saw Breakfast at Tiffany's with Audrey Hepburn for the first time leaving her completely awestruck. At that time most of the female stars were blondes with whom Cher couldn't identify (e.g. Doris Day and Sandra Dee), but now seeing Audrey --a brunette portraying an eccentric, free spirit like she was herself-- she had found her role model. Cher became fascinated with Audrey, dressing herself and behaving like Audrey's character Holly Golightly and getting herself into trouble at school in the process. 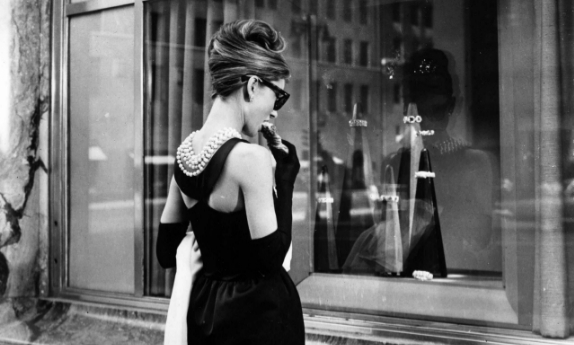 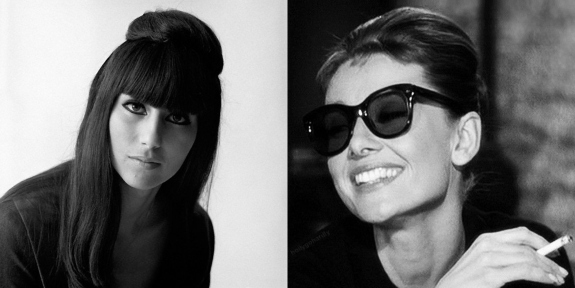 It wasn't until many years later, after she had become an actress herself, that Cher finally got to meet her idol. The occasion was the 1988 Academy Awards Ceremony where Cher was awarded the Oscar for Best Actress for her performance in Moonstruck. Audrey loved Cher in Moonstruck and told Cher that night that she had wanted her to win. (Cher was in fact one of Audrey's favourite contemporary actresses and Audrey admired her for her "enormous scale of emotions and total lack of inhibition.")

Three years later, on 22 April 1991, Audrey herself was honoured at a gala tribute in New York. Seeing how much Audrey loved Moonstruck and the performance of leading lady Cher, Audrey's then-partner Robert Wolders suggested that Cher be a surprise guest at the tribute. Cher was invited but then two days before the event she got sick. Heartbroken that she wouldn't be able to attend and tell Audrey in person how much she meant to her, Cher took pen to paper and wrote Audrey the following letter. 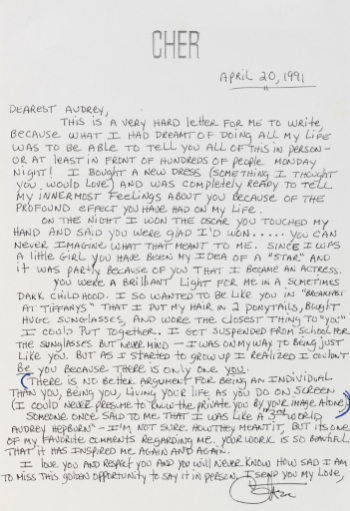 This is a very hard letter for me to write, because what I had dreamt of doing all my life was to be able to tell you all of this in person- or at least in front of hundreds of people Monday night! I bought a new dress (something I thought you would love) and was completely ready to tell my innermost feelings about you because of the profound effect you have had on my life.

On the night I won the Oscar you touched my hand and said you were glad I'd won..... you can never imagine what that meant to me. Since I was a little girl you have been my idea of a "star" and it was partly because of you that I became an actress.

You were a brilliant light for me in a sometimes dark childhood. I so wanted to be like you in "Breakfast at Tiffany's" that I put my hair in 2 ponytails, bought huge sunglasses, and wore the closest thing to "you" that I could put together. I got suspended from school for the sunglasses but never mind- I was on my way to being just like you. But as I started to grow up I realized I couldn't be you because there is only one you.

(There is no better argument for being an individual than you, being you, living your life as you do on screen (I could never presume to know the private you by your image alone))

Someone once said to me that I was like a "3rd world Audrey Hepburn"- I'm not sure how they meant it, but it's one of my favorite comments regarding me. Your work is so beautiful that it has inspired me again and again.

I love you and respect you and you will never know how sad I am to miss this golden opportunity to say it in person. I send you my love, 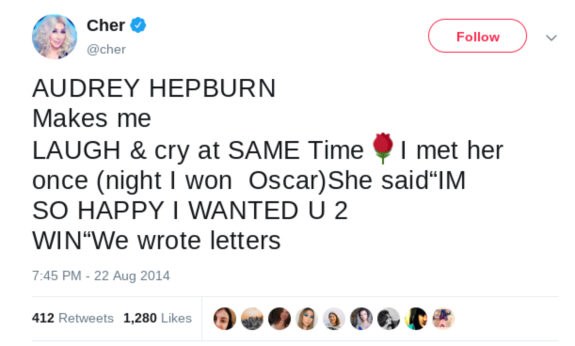 This post is my contribution to the AUDREY AT 90: THE SALUTE TO AUDREY HEPBURN BLOGATHON hosted by SISTER CELLULOID. Be sure to check out all the other entries here!!
Posted by Clarissa Saunders
Tags: Audrey Hepburn, Breakfast At Tiffany's, Cher