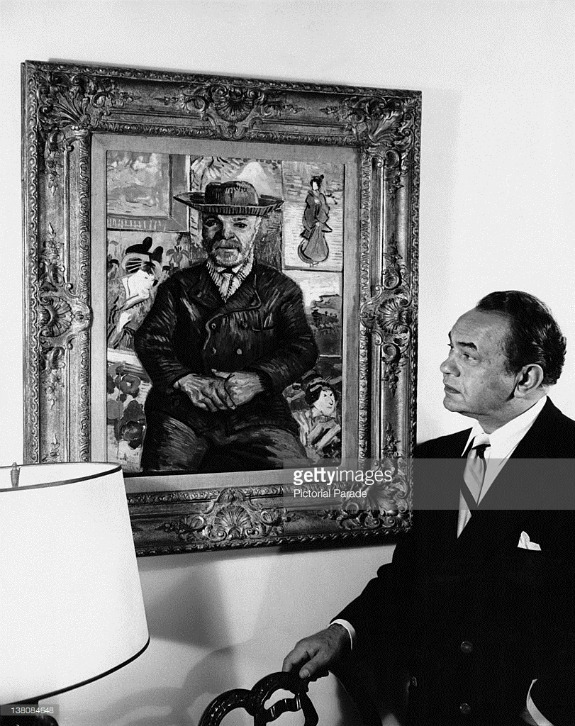 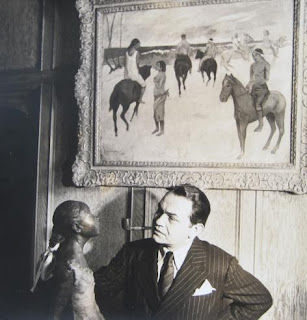 While Edward G. Robinson is mostly known for playing gangsters and tough guys on the big screen, in real life he was a man of refined taste. He loved art and was Hollywood's first major art collector, owning quite an impressive collection of Impressionist and Post-Impressionist paintings. Robinson didn't think of himself as a collector, though. He once stated: "I am not a collector. I am just an innocent bystander who has been taken over by a collection. [...] I am just a lover of paintings. I do what I do for the sheer joy of it."*

In 1956, Robinson was forced to sell his art collection in order to pay for his divorce from his first wife Gladys Lloyd. He sold the collection for more than $3 million to Greek shipping magnate Stavros Niarchos. After marrying Jane Adler in 1958, Robinson started to collect art once again. This second collection, which was even bigger than the first, was sold for more than $5 million to an American industrialist a few months after Robinson's death in 1973.

There were a few major exhibitions featuring Robinson's art collection. One of them was an exhibition in 1953 called Forty Paintings from the Edward G. Robinson Collection, which included works by Vincent van Gogh, Edgar Degas, Henri Matisse, Henri de Toulouse-Lautrec and Pablo Picasso. The exhibition was first shown at the Museum of Modern Art in New York from 4 March to 12 April, and later travelled to the National Gallery of Art in Washington DC where it was displayed from 10 May to 24 June. It was at the exhibit in Washington where a Mr. Goldberg saw Marc Chagall's painting The Praying Jew and immediately fell in love with it. Wishing to own a reproduction of the painting, Goldberg wrote a letter to both its owner Robinson and its maker Chagall, asking for permission to have a copy made. Both men wrote Goldberg back --their letters are shown below-- with Robinson granting the permission Goldberg had asked for. 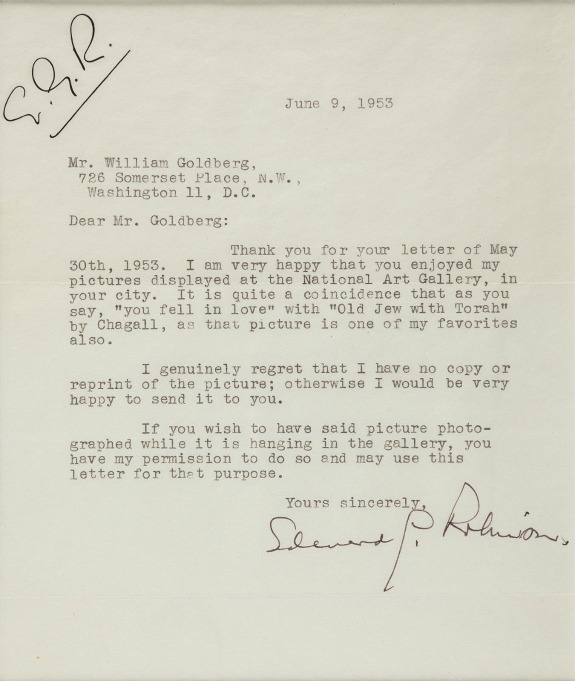 Thank you for your letter of May 30th, 1953. I am very happy that you enjoyed my pictures displayed at the National Art Gallery, in your city. It is quite a coincidence that as you say, "you fell in love" with "Old Jew with Torah" by Chagall, as that picture is one of my favorites also.

I genuinely regret that I have no copy or reprint of the picture; otherwise I would be very happy to send it to you.

If you wish to have said picture photographed while it is hanging in the gallery, you have my permission to do so and may use this letter for that purpose. 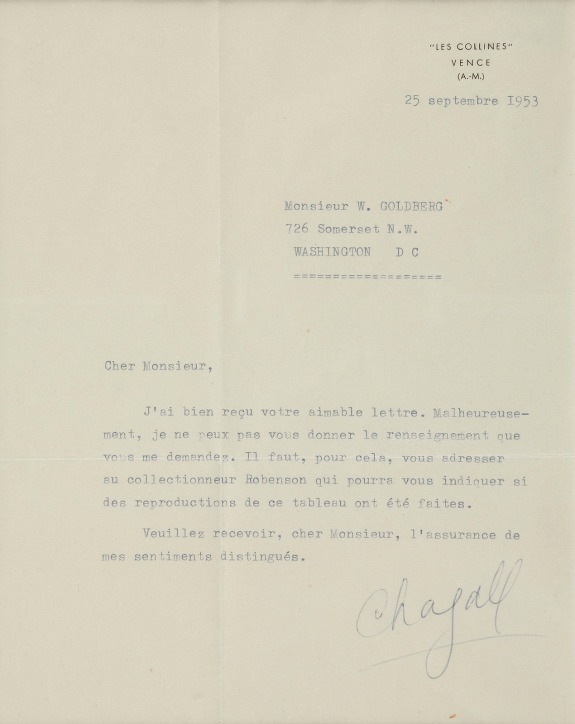 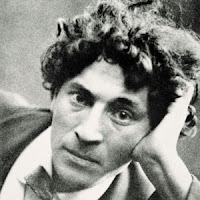 I have received your kind letter. Unfortunately, I cannot give you the information you ask for. For this you need to contact the collector Robenson who could tell you if reproductions of the painting were made.
Please accept, dear Sir, the assurance of my highest consideration. 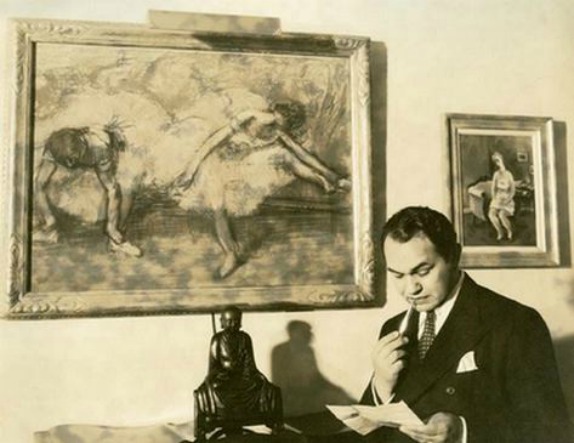 Images of both letters via ebay.

*Click here for Robinson's statement accompanying the exhibition at the MOMA in New York in 1953 (beginning with the words "I am not a collector..."), and for a list of the 40 paintings Robinson had loaned to the museum.
Posted by Clarissa Saunders