A fitting tribute to your judgement and courage 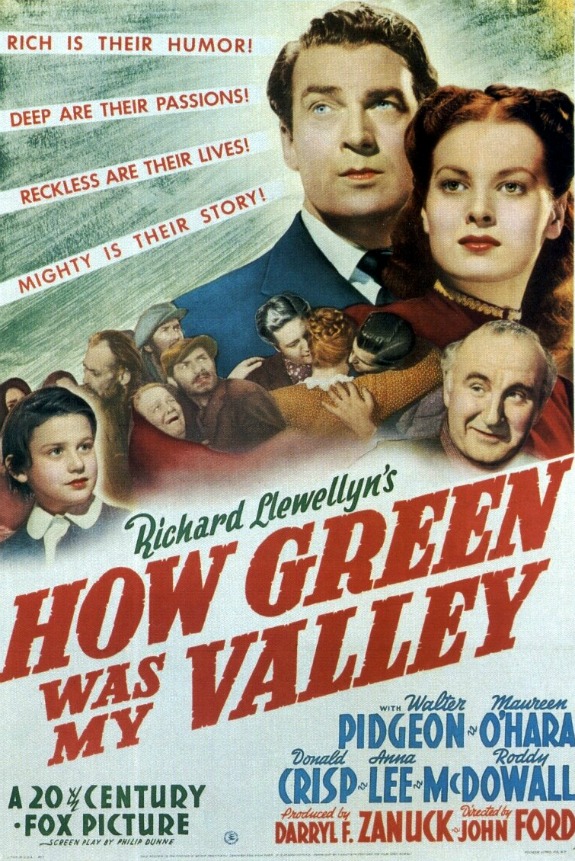 With a little more than a week to go until Oscar night, here is a short letter from a former Oscar winner to a fellow winner. On 26 February 1942, John Ford and Darryl F. Zanuck both won the coveted statuette for their work on How Green Was My Valley, respectively for Best Director and Best Picture. In the following (undated) letter to Zanuck, Ford congratulates the producer on his well-deserved prize, knowing what problems Zanuck had in getting the film made (see note below). Ford was serving as a commander in the U.S. Naval Reserve at the time, thus signing his letter with "Cmdr. John Ford USNR". 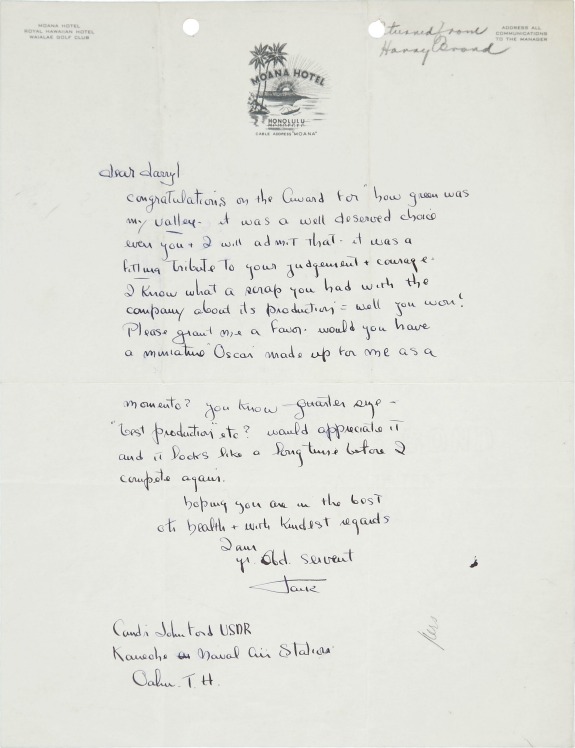 Congratulations on the Award for "How green was my valley". It was a well deserved choice. Even you+ I will admit that. It was a fitting tribute to your judgement + courage. I know what a scrap you had with the company about its production-- well you won!
Please grant me a favor. Would you have a miniature Oscar made up for me as a memento? You know quarter size- "best production" etc? Would appreciate it and it looks like a long time before I compete again.


Note
When How Green Was My Valley was well into pre-production, Zanuck's bosses at 20th Century Fox decided to pull the plug on the film. Unhappy with the script that focused too much on labour issues, and also dissatisfied with the first director William Wyler whom they feared would not stay within budget, Fox executives in New York refused to put up the money for the project. Zanuck was furious and fought hard for his film, even threatening to take it to another studio. Eventually Fox gave in, and John Ford was brought in to replace Wyler. (Wyler, who had been borrowed from Samuel Goldwyn and whose contract with Fox had expired anyway, went back to Goldwyn to direct The Little Foxes.)
Posted by Clarissa Saunders

Email ThisBlogThis!Share to TwitterShare to FacebookShare to Pinterest
Tags: Darryl F. Zanuck, How Green Was My Valley, John Ford, Oscars