Humphrey Bogart learned how to play chess from his father and eventually became an avid and also expert player. In the early Depression years, he played chess for money in New York City parks, Times Square and Coney Island. Playing for 50 cents a game, he won more games than he lost. More than an average chess enthusiast, Bogart became director of the United States Chess Federation and was active in the California State Chess Association in the 1940s. In 1955, he drew against Grandmaster Samuel Reshevsky in a 70-board simultaneous exhibition. Chess was one of the main interests in Bogart's life. He played almost daily, and during movie breaks he was often seen bent over a chess board playing fellow actors or crew members (his wife Lauren Bacall was a chess enthusiast as well). 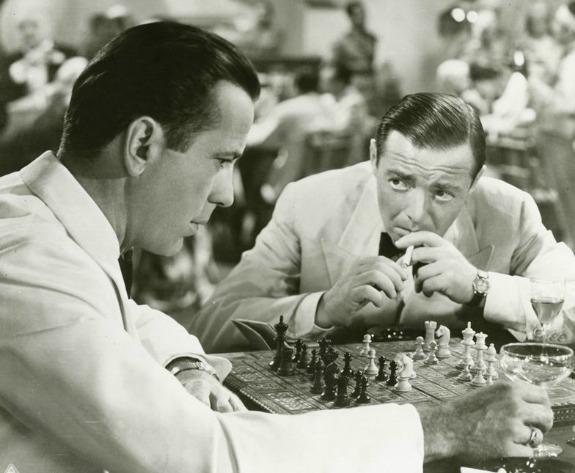 It was Bogart who wanted Rick Blaine, his character in Michael Curtiz' famous classic Casablanca (1942), to be a chess player. And so, in the opening scene when Rick is introduced to the viewer, he is shown playing a solitary game of chess. Rick is later joined by Ugarte (Peter Lorre), and we see him making chess moves while he listens to Ugarte talk about the German couriers and the transit letters. The game set up on the board was a real game that Bogart was playing by mail against Irving Kovner, brother of a Warner Bros.' employee. The two men had started the chess game in January 1942, corresponding by postcards and letters to indicate their moves. Bogart eventually sent Kovner a total of 17 postcards and two letters — three of his cards are shown below.

Filming of Casablanca started on 25 May 1942 and officially wrapped a few months later, on 3 August. The first postcard from Bogart that is shown was written during production and is postmarked 8 June 1942. The chess moves that Bogart executes in the scene with Lorre are mentioned in this card. Bogart's two other cards are from a much later date when filming had already wrapped, postmarked resp. 17 November and 7 December 1942. Apparently the game went on and on...

(Click here to watch the chess scene from Casablanca.) 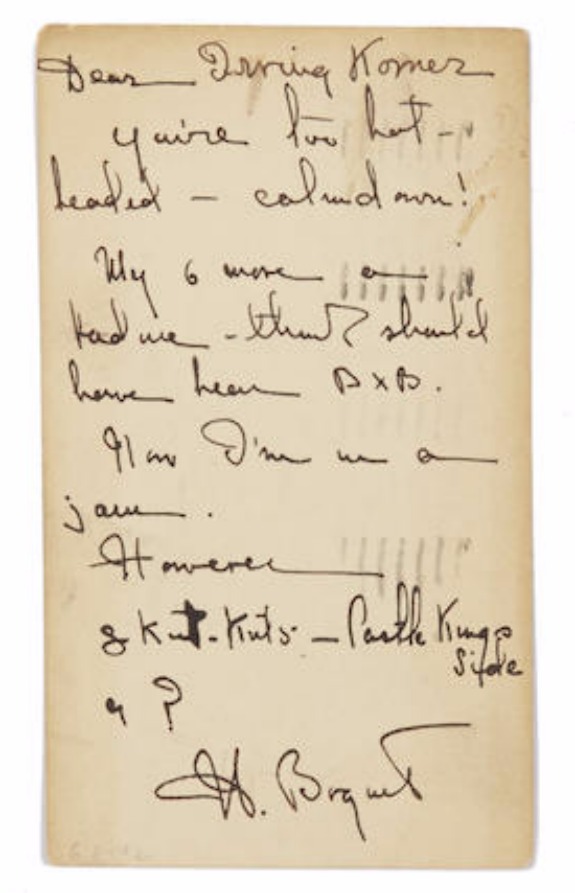 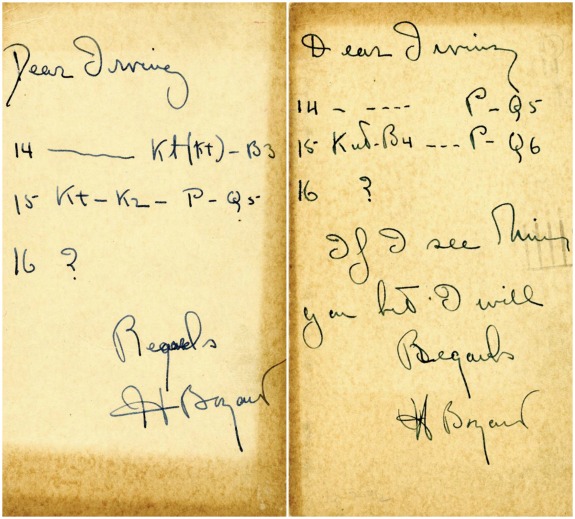 Via: iCollector.com (here and here)