For his film about psychoanalyst Sigmund Freud entitled Freud: The Secret Passion (1962), director John Huston had initially offered the female lead to Marilyn Monroe. Huston and author Jean Paul Sartre (who had written the original script for the film) both thought Marilyn was perfect for the role of Cecily whose character was based on Anna O., one of Freud's real life patients. The part, however, eventually went to Susannah York after Marilyn had turned it down. The main reason for Marilyn's refusal was Anna Freud. Freud, who had (like her father) specialised in psychoanalysis and had at one time briefly treated Marilyn, was opposed to the making of any film on her father. Consequently, Marilyn decided not to accept the role. On 5 November 1960, she wrote a letter to director Huston informing him of her decision. 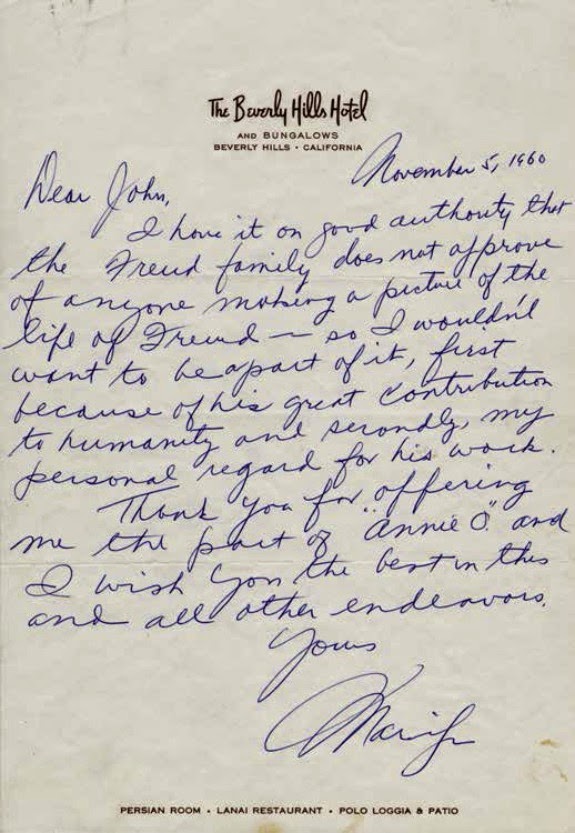 I have it on good authority that the Freud family does not approve of anyone making a picture of the life of Freud-- so I wouldn't want to be a part of it, first because of his great contribution to humanity and secondly, my personal regard for his work. Thank you for offering me the part of "Annie O" and I wish you the best in this and all other endeavors. 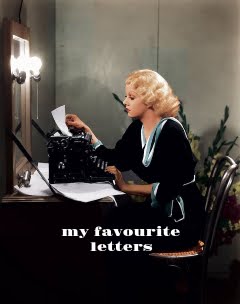 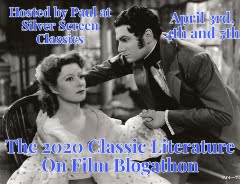 With the leading role in  Anastasia  (1956) Ingrid Bergman made her American comeback after she had spent years in Italy making films ... 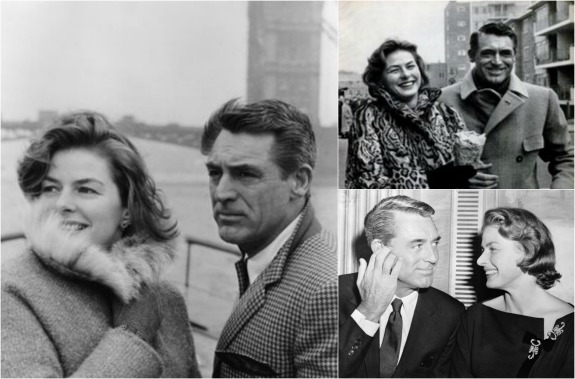