Frank Sinatra and Mia Farrow met in 1964 when he was 49 years old and she 19. Sinatra immediately fell for Farrow and later reportedly said: "I was hers, instantly. I loved that hair, man. I think the hair's what got me." (Farrow would later cut her hair and while it was said she had done it to spite Sinatra, in her book What Falls Away: A Memoir (1997) she denied this and said that Sinatra loved her pixie cut the minute he saw it.)

The couple got married on 19 July 1966, each wanting different things out of married life. Sinatra wanted Farrow to give up acting and be a housewife while she wanted to be an actress, refusing to give up her career for him. In 1967, Farrow accepted the leading role in Rosemary's Baby (1968), Roman Polanski's horror film, which would ultimately lead to the couple's divorce. Since production of the film got delayed by several weeks, Farrow wasn't available to co-star with her husband in his next film The Detective (1968) which she had agreed to do with him. Sinatra demanded that she drop Rosemary's Baby but she refused and insisted on finishing it. A furious Sinatra then served her with the divorce papers on the set of Rosemary's Baby in November 1967. Unable to overcome their differences —according to Farrow the age difference was the main reason for their breakup— the two eventually divorced in August 1968. 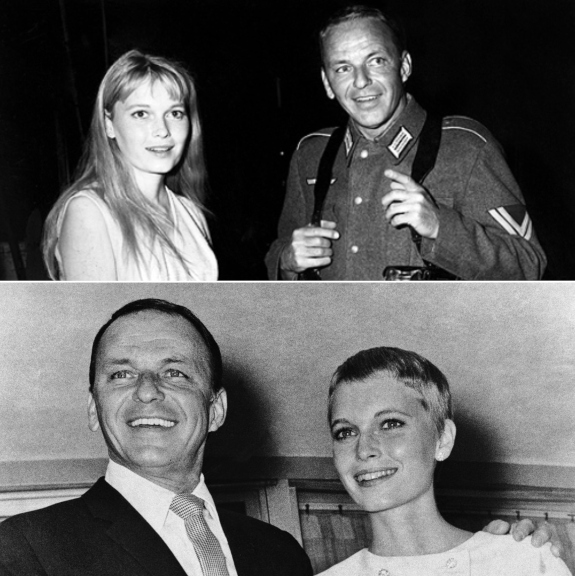 After their divorce, Sinatra stayed friends with Farrow, like he had with his other ex-wives Nancy Barbato and Ava Gardner. (He married Barbara Marx in 1976, his last wife until his death in 1998.) Farrow said in an interview with Vanity Fair in 2013 that they "never really split up", calling Sinatra the love of her life and saying that her son Ronan (thought to be Woody Allen's son) was "possibly" Sinatra's. Several people close to Sinatra have denied the implication made by Farrow, including Sinatra's daughter Tina (stating her father had a vasectomy in 1968) and Sinatra's close friend Tony Oppedisano who addresses the subject in his recently published book Sinatra and Me: In the Wee Small Hours.
At any rate, until his death Sinatra remained close to Farrow, at times writing her letters which showed his continuous affection for her. A few of these letters can be seen below, the latter two written after the divorce. The first note (on KLM Royal Dutch Airlines stationery) was penned by Sinatra in July 1966 from London, just before he married Farrow later that month in Las Vegas.
Incidentally, Sinatra used to call Farrow "Angel Face" and she nicknamed him "Charlie Brown". 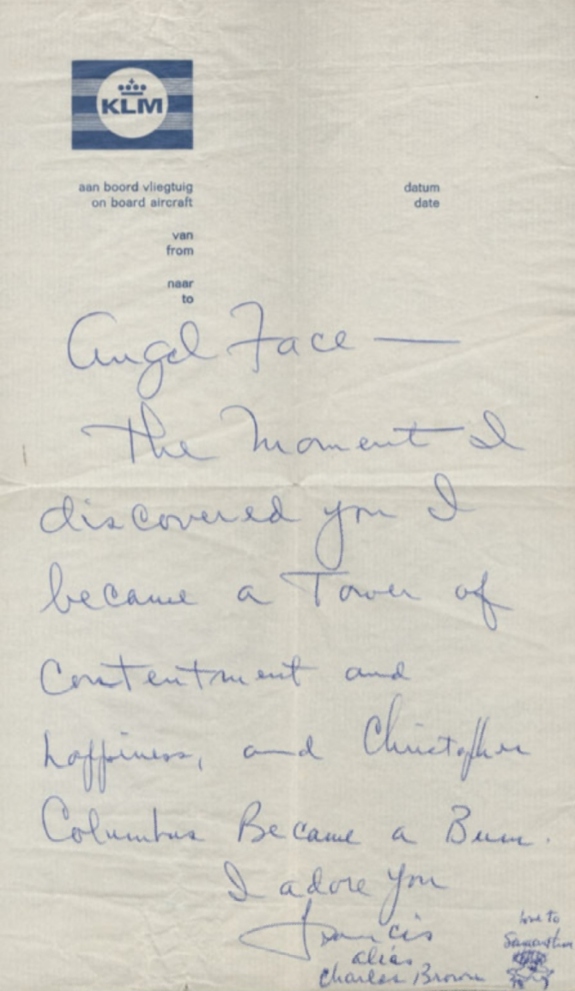 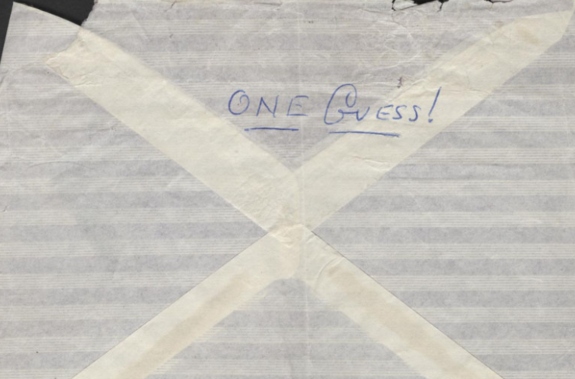 Source: Gotta have rock and roll
Transcript:
Angel Face —
The moment I discovered you I became a tower of contentment and happiness, and Christopher Columbus became a bum.
I adore you
Francis
alias
Charles Brown
love to Samantha
[sketch]
(on envelope) ONE GUESS! 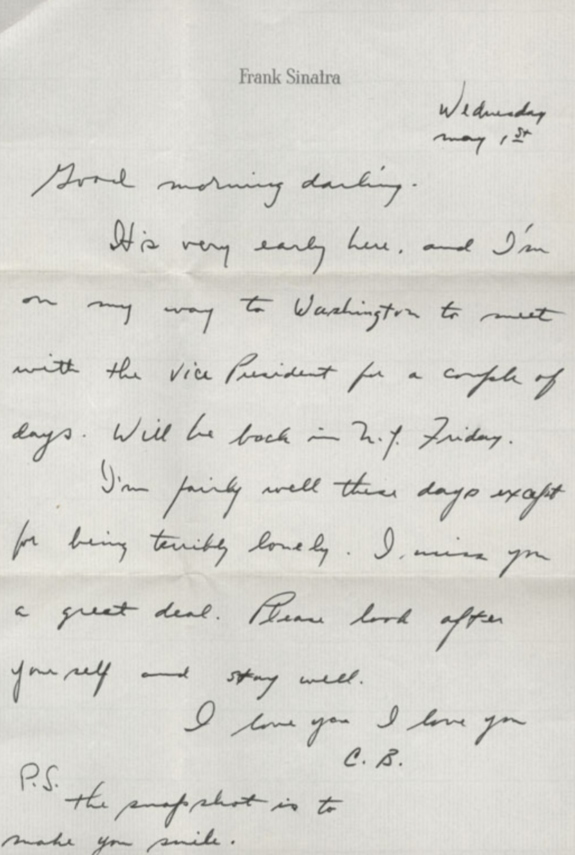 Source: Gotta have rock and roll
Transcript:
Wednesday
May 1st [1974?]
Good morning darling,
It's very early here, and I'm on my way to Washington to meet with the vice-president for a couple of days. Will be back in N.Y. Friday.
I'm fairly well these days except for being terribly lonely. I miss you a great deal. Please look after yourself and stay well.
I love you I love you
C.B.
P.S. The snapshot is to make you smile. [snapshot of a cute little dog] 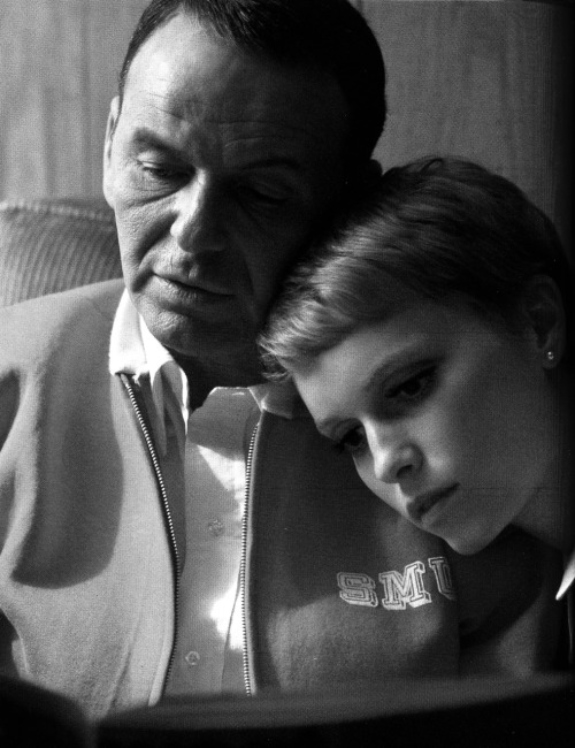