80 Years of "Dark Victory": Spencer Tracy was born to play this part

Edmund Goulding's successful weepie Dark Victory is one of the many great films from 1939 celebrating its 80th anniversary this year. In a nutshell, the film is about a young, spoiled socialite who is terminally ill and falls in love with her doctor. Bette Davis stars as the socialite Judith Traherne, a role originally played by Tallulah Bankhead on the stage. (The original play Dark Victory, written by George Brewer Jr. and Bertram Bloch, only had a short run on Broadway in 1934.) 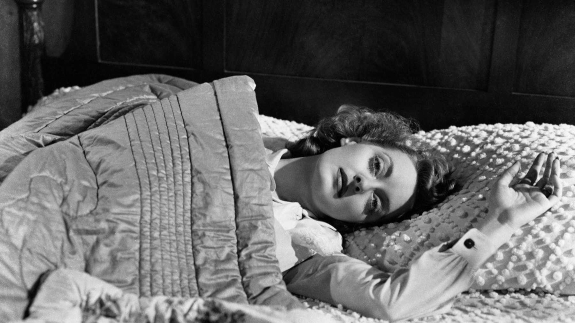 Before Bette's studio Warner Bros. purchased the movie rights, the rights were owned by producer David O. Selznick who had bought Dark Victory as a vehicle for Greta Garbo in 1935. Garbo, however, chose to do Anna Karenina (1935) instead and the next few years Selznick tried unsuccessfully to cast his picture while also facing problems with the script. Warners eventually bought the property from Selznick in the spring of 1938. Studio boss Jack Warner was at first uninterested in the story -- a film about a heroine dying of brain cancer surely couldn't be good for business -- but he was eventually persuaded by associate producer David Lewis and screenwriter Casey Robinson to take the film off Selznick's hands.

Dark Victory was initially acquired by Warner Bros. as a vehicle for Kay Francis. Due to her row with the studio, however, Francis was demoted to doing Comet over Broadway (1938), which Bette had rejected, and Bette got to play the coveted role of Judith Traherne, a role she would later call her personal favourite among the many roles she had played.

As her leading man, Bette wanted her former co-star Spencer Tracy with whom she had played in 20,000 Years in Sing Sing (1932). She had enjoyed their collaboration immensely and longed to work with Tracy again, hoping that Dark Victory would be their next film together. Not only Bette but also screenwriter Casey Robinson wanted Tracy who was under contract to MGM. Robinson thought the success of the film depended on the proper casting of Dr. Frederick Steele, feeling that Tracy was the perfect man to play him. In a letter to producer Hal Wallis dated August 1938 (as seen below) Robinson urged Wallis to do everything he could to land Tracy for the role. In the end, however, Tracy was loaned to 20th Century-Fox to do Stanley and Livingstone (1940) and was thus unavailable. Bette never made a film with Tracy again. She did say in later years that he was the finest actor she had ever worked with. 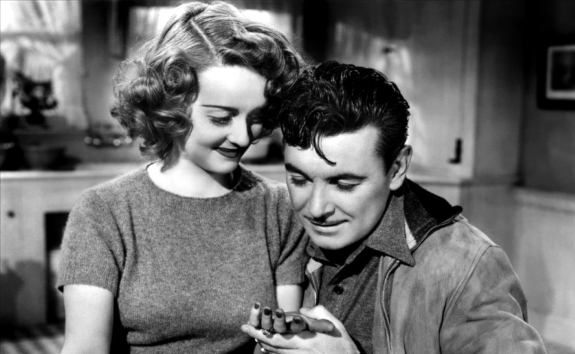 The man who was eventually cast as Dr. Steele was George Brent, with whom Bette had played many times before. Dark Victory was their eighth film together and during production the two began an affair which lasted well after shooting had finished. In the end, the two made a total of 11 films together. Bette reportedly said that of all her leading men Brent was her favourite.

While Bette didn't get to play with Spencer Tracy in the film version of Dark Victory, they did perform together in an adaptation of the film for the Lux Radio Theatre, which aired in August 1940 before a live audience. It's really great to hear this version with Tracy in Brent's role and to imagine how he would have played it on screen. I'm sure that Tracy would have handled some of the dramatic material better than Brent. Still, I love Brent and while he has his usual wooden moments, his overall performance in Dark Victory is fine. What I especially love is his natural and playful chemistry with Bette, in particular during their Vermont scenes (that they were real life lovers probably helped). In case you're interested in how Tracy handled the role on the radio, just go here.

I note that at M.G.M. they have postponed Northwest Passage, leaving Spencer Tracy without an assignment. They are trying to put him into the Joan Crawford picture, but he is refusing the part [The Shining Hour]. That seems to leave him open for borrowing, and I plead with you to make every possible effort to land him.

Please forgive my pushing my nose into casting which, strictly speaking, is not my concern, but you know that you and I have nurtured Dark Victory along for three years and I am concerned about it as I have never been concerned about any other picture. It is, above all things, a tender love story between a Long Island glamor girl and a simple, idealistic, more-or-less inarticulate New England doctor. If we don't capture this feeling in the proper casting of Doctor Steele, I know we will wind up with a tragic flop instead of a truly great picture.

I don't know if you've found time yet to read the entire script, but if you have I'm sure you will agree with me that Tracy was born to play this part -- and of course I don't need to tell you what the combination of the names of Bette Davis and Spencer Tracy on the marquee would do to the box-office. 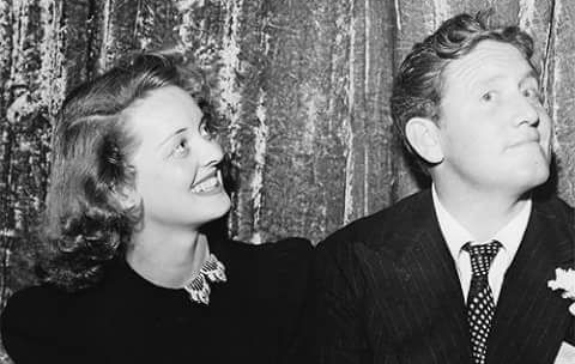 Note
In April 1938, well before Bette Davis and George Brent played Judith Traherne and Dr. Steele, Barbara Stanwyck and Melvyn Douglas performed the roles on the radio, also for the Lux Radio Theatre. It's quite interesting to listen to this version as well, not only for Douglas in the role of the doctor (and to compare him with Brent and Tracy), but especially to get a sense of what Barbara would have done with the role had she been allowed to play it on screen. Barbara really wanted to star in the movie and was furious when Warner Bros. gave the role to Bette, one of Warners' own contract players. (Incidentally, this radio version is an adaptation of the play while the second radio version is an adaptation of the film.)
_______________


The Classic Movie Blog Association is celebrating its 10th anniversary this year. To celebrate this milestone, the CMBA is holding The Anniversary Blogathon and this post is my contribution to it. For all the entries of my fellow CMBA-ers, just click here.
Posted by Clarissa Saunders
Tags: Bette Davis, Casey Robinson, Dark Victory, George Brent, Hal Wallis, Spencer Tracy