Hoping I will always live up to your praises

In Broadway Melody of 1938 (1937) fifteen-year-old Judy Garland sang You Made Me Love You (I Didn't Want to Do It) to a photograph of Clark Gable. It proved to be her breakthrough performance, making her an overnight sensation. Wishing to capitalise on her success, Judy's studio MGM immediately paired her with Mickey Rooney, at the time a big box-office star, their partnership subsequently bringing about a string of successful films. By the end of the 1930s, Judy had become a big star herself. Her portrayal of Dorothy in The Wizard of Oz (1939) along with her immortal rendition of Over the Rainbow forever established her fame. 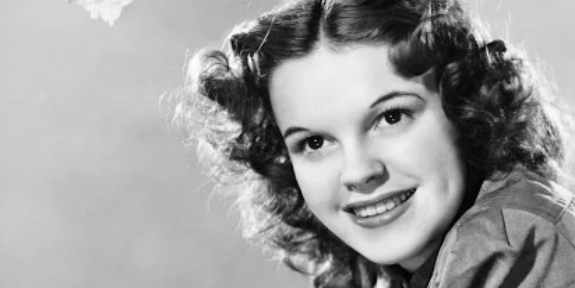 On 2 August 1937, a few weeks before the release of Broadway Melody of 1938, Judy wrote the following letter to famed gossip columnist Walter Winchell after he had said some nice things about her in his column and radio program. "They mean so much to a person who is just getting started like me", she wrote to him, not knowing then that Broadway Melody would soon catapult her career and her life would never be the same again. 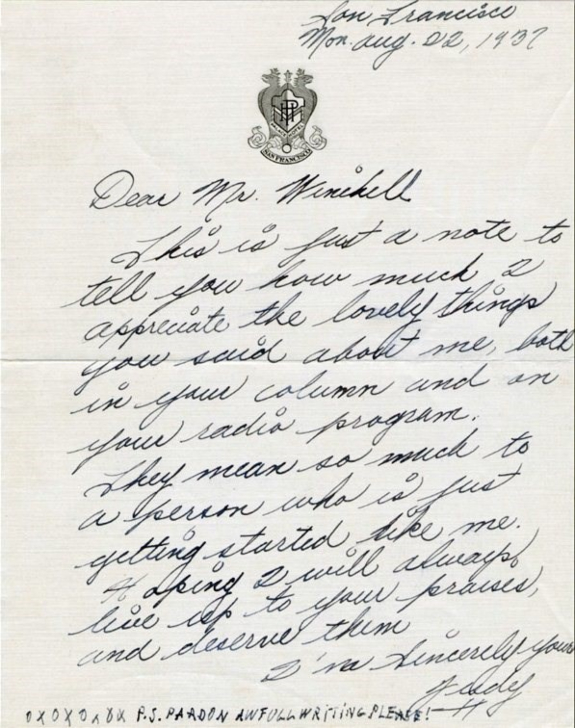 This is just a note to tell you how much I appreciate the lovely things you said about me, both in your column and on your radio program.

They mean so much to a person who is just getting started like me.

Hoping I will always live up to your praises, and deserve them.