By the late 1940s, Swedish-born Ingrid Bergman had become one of Hollywood's biggest and most beloved stars. Brought to the United States by producer David Selznick, Bergman made her first American film Intermezzo in 1939, later followed by such classics as Casablanca (1942), For Whom the Bell Tolls (1943), Gaslight (1944) and Notorious (1946). America adored Bergman, but this abruptly changed in 1949 when she went to Italy and fell in love with Italian director Roberto Rossellini.

Bergman had gone to Italy to make Stromboli (1950) with Rossellini and during production they began an affair which would lead to a scandal of immense proportions. At the time Bergman was married to Swedish brain surgeon Petter Lindström with whom she had a 10-year-old daughter Pia. Rossellini was also married, having recently had a public affair with actress Anna Magnani. The press was having a field day covering the Bergman-Rossellini affair, especially when word got out that Bergman was also pregnant with Rossellini's child. In February 1950 baby Robertino was born out of wedlock and the next month Bergman was denounced on the floor of the U.S. Senate, with senator Johnson saying that she had perpetrated "an assault on the institution of marriage" and even calling her "a powerful influence for evil". 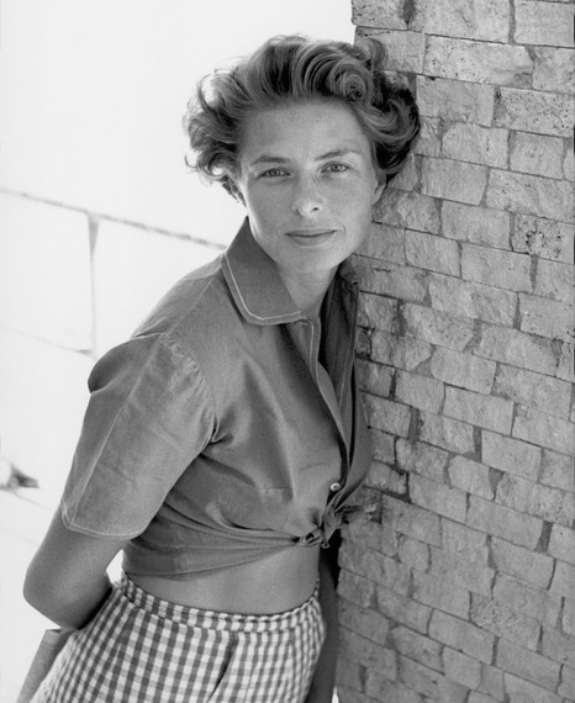 The scandal forced Bergman to live in exile in Italy, leaving her daughter Pia and husband in the U.S.. In May 1950, after a highly publicised divorce, Bergman married Rossellini and they had two more children (twin daughters, one of them actress Isabella Rossellini). It wasn't until January 1957 that Bergman returned to the U.S., receiving the New York Film Critics' Best Actress Award for her American comeback role in Anastasia (1956) - the role that would also earn her her second Oscar. The American people had at last forgiven her and welcomed her back, to which Bergman later said: "I’ve gone from saint to whore and back to saint again, all in one lifetime".

The Bergman-Rossellini affair was a major concern to Hollywood. Once the press started to report about the affair, Joseph Breen (head of the Production Code Administration) became very worried, writing to a Jesuit friend that the affair was possibly the most shocking scandal Hollywood had had to face in years, especially since "Miss Bergman, from the first day of her arrival here, [had] always conducted herself in a most commendable manner. There [had] never been even the slightest breath of scandal about her. She was regarded as a fine lady of unimpeachable character, a good wife and a good mother".

On 22 April 1949, Breen wrote a letter to Bergman herself and pleaded with her to deny the accusations made against her. Breen's urgent plea can be read below, as well as a telegram from Walter Wanger who also wanted Bergman to contradict the rumours. Wanger was producer of Bergman's latest film Joan of Arc (1948), playing in the theatres when the affair came out, and he was very concerned about his investment. Bergman refused their requests to deny the rumours and issued a press release several months later (in August) saying that she was divorcing her husband. The scandal undoubtedly contributed to Joan of Arc and Bergman's next film Under Capricorn (released in September 1949) becoming box-office failures. Stromboli was also a box-office bomb in the U.S. but was received better overseas. 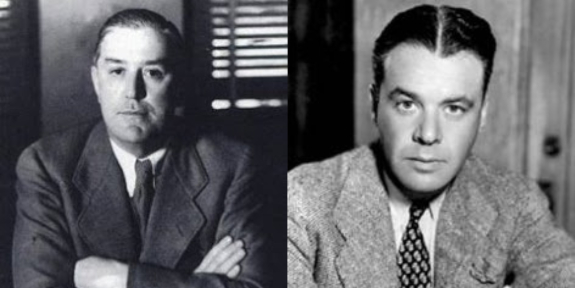 In recent days, the American newspapers have carried, rather widely, a story to the effect that you are about to divorce your husband, forsake your child, and marry Roberto Rossellini.

It goes without saying that these reports are the cause of great consternation among large numbers of our people who have come to look upon you as the first lady of the screen -- both individually and artistically. On all hands, I hear nothing but expressions of profound shock that you have any such plans.

My purpose in presuming to write to you in the matter is to call your attention to the situation. I feel that these reports are untrue and that they are, possibly, the result of some overzealousness on the part of a press-agent, who mistakenly believes to be helpful from a publicity standpoint.

Anyone who has such thoughts is, of course, tragically in error. Such stories will not only not react favourably to your picture, but may very well destroy your career as a motion picture artist. They may result in the American public becoming so thoroughly enraged that your pictures will be ignored, and your box-office value ruined.

This condition has become so serious that I am constrained to suggest that you find occasion, at the earliest possible moment, to issue a denial of these rumours -- to state, quite frankly, that they are not true, that you have no intention to desert your child or to divorce your husband, and that you have no plans to marry anyone.

I make this suggestion to you in the utmost sincerity and solely with a view to stamping out these reports that constitute a major scandal and may well result in complete disaster personally.

I hope you won't mind my writing to you so frankly. This is all so important, however, that I cannot resist conveying to you my considered thought in the matter.

With assurances of my esteem, I am,

The malicious stories about your behaviour need immediate contradiction from you. If you are not concerned about yourself and your family you should realize that because I believed in you and your honesty, I have made a huge investment endangering my future and that of my family which you are jeopardizing if you do not behave in a way which will disprove these ugly rumours broadcast over radio and press throughout the world.

We both have a responsibility to Victor Fleming's memory and to all the people that believe in us. Assume you are unaware, or not being informed of, the magnitude of the newspaper stories, and their consequences, and that you are being completely misled. Do not fool yourself by thinking that what you are doing is of such courageous proportions or so artistic to excuse what ordinary people believe.

Cable me on receipt of this wire.