I must face the fact that you are married to Clark ...

Clark Gable was no fan of David Selznick -- to put it mildly. Ever since they had worked together on Night Flight (1933), Gable did not like nor trusted Selznick and hated the producer's relentless perfectionism. (Due to Selznick's constant changes, production of Night Flight had run weeks over schedule causing Gable to miss one of his beloved fishing trips.) Although Gable wasn't eager to work with Selznick again after Night Flight, they made three more films together, i.e. Dancing Lady (1933), Manhattan Melodrama (1934) and of course the epic Gone With the Wind (1939). 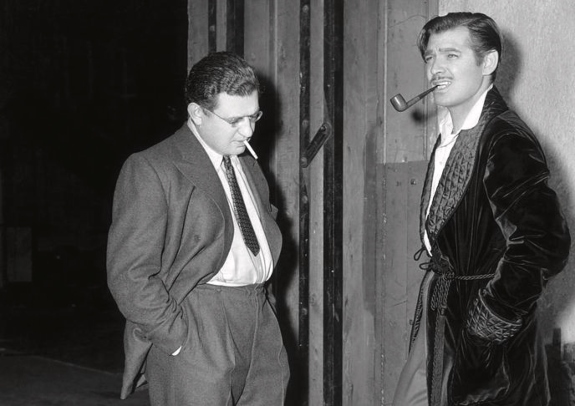 While Gable disliked Selznick, Selznick found Gable "a very nice fellow", but at the same time "a very suspicious one", a man who "very quickly and not infrequently [got] the notion in his head that people [were] taking advantage of him" (said Selznick in a 1939 memo). Selznick did his best to please Gable, especially during production of Gone With the Wind. For instance, when Gable complained about his ill-fitting costumes, Selznick commissioned Gable's favourite tailor Eddie Schmidt to provide Gable with a whole new wardrobe. Also, after George Cukor had been fired as director of GWTW, Gable's preferred director Victor Fleming (his longtime buddy) was hired to replace Cukor. But despite Selznick's actions to keep his star happy, Gable's hostility towards Selznick remained.

It was because of Gable that Selznick was reluctant to work again with Carole Lombard, Gable's wife from 1939 until her death in 1942. Lombard had a contract with Selznick for one more film following their collaboration on Nothing Sacred (1937) and Made for Each Other (1939). Seeing how Gable felt about him, however, Selznick wondered if another film with Gable's wife would be such a good idea. In a letter dated 22 January 1940, Selznick expressed his doubts to Lombard and, understanding the awkward position she was in, relieved her of the obligation to do another picture for him. While he mentioned a possible collaboration in the future, Selznick never worked with Lombard again. (Two years later Lombard was tragically killed in a plane crash.) 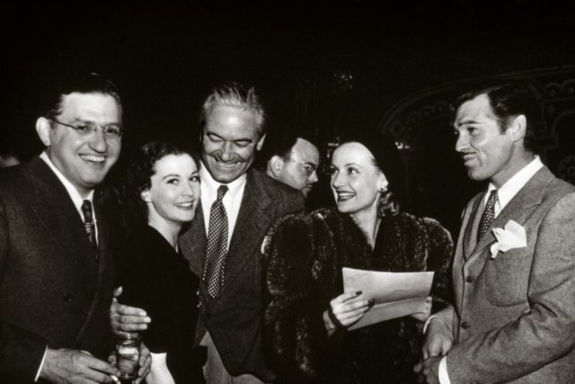 I have received your messages through Myron [Selznick], and am anxious to get together on the [writer Norma] Krasna idea as soon as possible.... 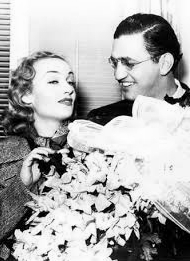 Before we proceed, there is something I would like to discuss with you very frankly. Are you sure, Carole, that we should make another picture together? I know from countless sources how highly you think of me, both as a person and as a producer, and this is a source of great gratification to me. And I shall always look back on our past associations as among the most pleasant of my career. Certainly I have always held you up as the shining example of what a joy it can be to work with a star when that star appreciates a producer's problems and cooperates in their solution. But I must face the fact that you are married to Clark, and that Clark obviously feels quite differently about me.

I had hoped that my dealings with Clark on Gone With the Wind would once and for all disabuse him of any notions he had about me. I cannot think of any particular in which I could have gone further to make him happy in anything ranging from such details as his costumes to such important factors as the script and direction. I even cost myself a very substantial amount of money through keeping him idle, and paying his salary, in order to accommodate him on the schedule as he desired. All through the picture he was frank in expressing his suspicions that I intended to do him in, and I kept pleading with him to wait until the picture was finished and then tell me his opinion. I was under the impression that he was delighted with the final result, but he apparently disassociates me from this final result, if I am to judge from what has been reported back to me, and from items in the press. I regret all this more than I can say, because there has been nothing whatsoever on my side against Clark; and because, as I have repeatedly told him, he contributed in my opinion a really great performance to the effort that meant so much to me.

But if I couldn't and didn't satisfy Clark about myself, as person or producer, on Gone With the Wind, it is not likely that anything I could ever do with him or with his wife would change his opinion. On the contrary, it is much more likely that anything we did together would be regarded with suspicion by him; that you would forever have to be in the position of defending me and my moves to him; that if everything turned out all right, it would still not obviate any embarrassment you may be under through working with me, any more than Gone With the Wind did; and that, if, as can happen to everyone, things turned badly, he would have confirmation of his opinions and suspicions to point to.... Neither of us is used to such strained and peculiar situations as that on the night of the local opening of Gone With the Wind, when I like to believe we should have been in each other's arms. I certainly recognize the awkward position you are in, and cannot expect to come out on the right side when your loyalties are divided. And perhaps some day in the future, attitudes may change, as they do in this business, and it will again be possible for you to do a picture for me with the wholehearted pleasure that we once both knew in our endeavors.

The decision, however, is entirely yours. You would suffer much more from the repercussions in your personal life than would I; and I can stand it if you can. My principal thought in writing this letter is to tell you that freely, and with my blessings and steadfast affection, I will relieve you of your obligation to do a picture for me, provided only that I know in sufficient time to avoid making any commitments for it... And believe me, whichever way you decide, Carole Lombard can have no more earnest fan, personally or as an actress, than

Yours, affectionately and sincerely, 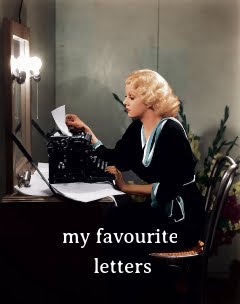