This post is my contribution to The Universal Blogathon, hosted by Silver Scenes. Click here for the links to all the other entries. 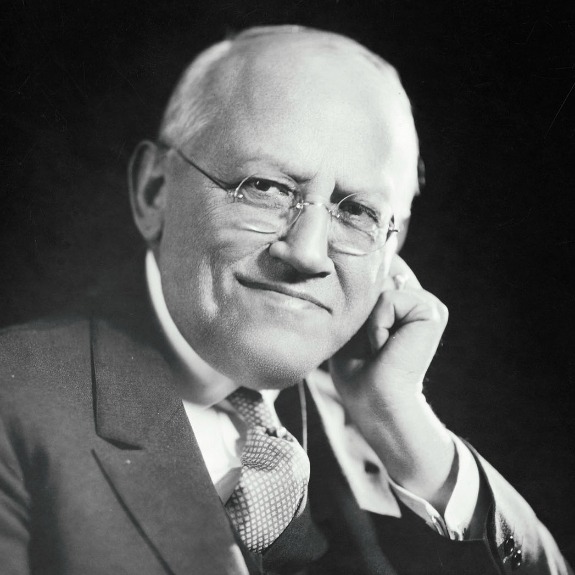 German-born Carl Laemmle moved to America with his family when he was seventeen years old. After doing a number of odd jobs, he worked as a bookkeeper for many years. In 1906, Laemmle bought a nickelodeon and started a chain of nickelodeons in Chicago. Soon he also started a film distribution service, The Laemmle Film Service, followed by the production company Independent Moving Pictures (IMP). In 1912, the IMP became Universal, and Laemmle became the studio's first president. Three years later, on 14 March 1915, Laemmle opened Universal City, the world's then largest production facility in the San Fernando Valley, California (until then, the studios of Universal were located only at Fort Lee, New Jersey).

Under Laemmle's reign, Universal was the biggest and most productive studio in the world from 1915 to 1925. Specialising in low-budget melodramas and westerns, the studio enjoyed its biggest successes with the comparatively expensive The Hunchback of Notre Dame (1923) and The Phantom of the Opera (1925), both based on novels by French author Gaston Leroux and both starring Lon Chaney. Laemmle's son, Carl Jr., became head of production in 1928 and had great successes with All Quiet on the Western Front (1930) and a number of horror films that the studio became famous for --films such as Dracula (1931), Frankenstein (1931) and The Mummy  (1932). But "Junior" kept spending too much money which ultimately led to the downfall of the Laemmles. By the end of 1935, both father and son were removed from the company and Charles R. Rogers took over as Universal's new head of production. 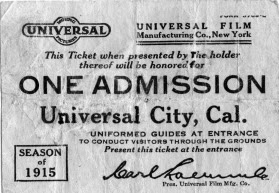 Looking back at Hollywood's formative years, it's hard to ignore the role Carl Laemmle Sr. has played. Not only did he turn Universal into Hollywood's most successful studio, but he was also a pioneer in several ways. Laemmle was the first to give actors credit on screen. Florence Lawrence --known as "The Biograph Girl"-- was the first actor he named publicly and she is often referred to as "the first movie star". By promoting her and other actors, Laemmle helped create the star system. Laemmle understood, better than his competitors, how to mix film entertainment with business. The Universal studio tours were also his idea. He suspected that the public would pay money to see how movies were being made, and he was right.

The correspondence for this post consists of two letters from Laemmle written in 1924 and 1931, respectively to a Mr. Duncan Boss and Miss Celia Brown. In the first letter, Laemmle discusses the picturisation of literary masterpieces and his reason for bringing The Hunchback of Notre Dame to the big screen. He also mentions that The Phantom of the Opera will be made into a film and that the sets will be exceptional. In the second letter, Laemmle talks about Dracula and how --thanks to Dracula's success-- Universal had plans to make two more films of a similar nature, Frankenstein and Murders in the Rue Morgue, once again literary adaptations. Interesting to note that in this letter Laemmle casually mentions Bette Davis as one of Universal's "feminine players of the present season". Laemmle reportedly wasn't very enthusiastic about Miss Davis, and it wasn't until cinematographer Karl Freund told him she had such "lovely eyes" that she was given a role in The Bad Sister (1931). A year later, Laemmle wouldn't renew her contract, and Bette moved on to Warner Bros. where she made her fame and fortune.

I enjoyed reading your letter of September 21st and agree that the educational possibilities of the screen are almost unlimited. I know that there are hundreds of thousands of people who have neither the time nor the inclination to read a great many of the literary masterpieces of the world, and that is exactly the reason why I have wanted for years to bring THE HUNCHBACK OF NOTRE DAME to the screen. In some instances, it is of course necessary to make changes in the story structure in order to meet pictorial demand and the attitude of the censor, but we take particular pains to see that the beauty and spirit of the theme are not destroyed in this way. Of course, the first mission of the screen is to entertain and for that reason, we cannot put upon the market at one time too many pictures of the serious, heavier type, but I believe producers and patrons as well have come to realize that classics can be so picturized as to be entertaining and educational at the same time. We mean to make more of them.

I wonder if you have read that we are planning now to follow up THE HUNCHBACK OF NOTRE DAME with a picture of similar magnitude in the production of Gaston Leroux's famous story, THE PHANTOM OF THE OPERA, with Lon Chaney in the leading role. Work has already started on the great sets for the picture, which, by the way, are to be built of structural steel. This is the first time such a set has ever been built at Universal City, and as far as I know, the first anywhere. Just a few days ago, I received an interesting studio note on this picture, copy of which I am going to enclose, because I believe it will prove of real interest to you.

Answering the question in the last paragraph of your letter, our studio in Fort Lee is used for the developing of all the negative prints that come in from our California studios. The positive prints are then sent to all parts of the world.

I hope you will feel free to make suggestions or criticism at any time.

You may be sure I am indeed very glad to hear from you after a silence of considerable time. I am glad to know you still turn to my column in the Saturday Evening Post with pleasure, and trust it proves to be a guide to you in your selection of moving picture entertainment.

Of course, I was interested to have you tell me you found DRACULA such a thrilling tale and that it so thoroughly appealed to you. You will be glad to know its success has prompted us to arrange for the production of two other pictures of a similiarly [sic] fantastic nature on our schedule for this season- FRANKENSTEIN by Mary Shelley and MURDERS IN THE RUE MORGUE by Edgar Allen Poe. We feel particularly fortunate to have secured the services of Bela Lugosi, who you felt played the part of Count Dracula with such consummate skill.

While we no longer have Lupe Velez under contract, I am sure you will be more than pleased with our feminine players of the present season- Sidney Fox, Bette Davis, Genevieve Tobin and Rose Hobart- who are all busily at work and are making pictures which you will find the last word in entertainment. Miss Hobart has just completed an interesting part in EAST OF BORNEO in which she plays with Charles Bickford and Georges Renavent.... John Boles and Sidney Fox are hard at work on STRICTLY DISHONORABLE. As a matter of fact, I think Universal has finer entertainment to offer its patrons this year than ever before.

In answer to your inquiry about my biography- it was published in April by G.P. Putnam's, Sons, 2 West 45th Street, New York City. The author is John Drinkwater and he has called the book "The Life and Adventures of Carl Laemmle". If you are not able to secure it in your local bookstore, I am sure you can get it by writing directly to the publishers. Outside entirely from my own part in it, you will find shining through its pages much of interest in the moving picture business in general.