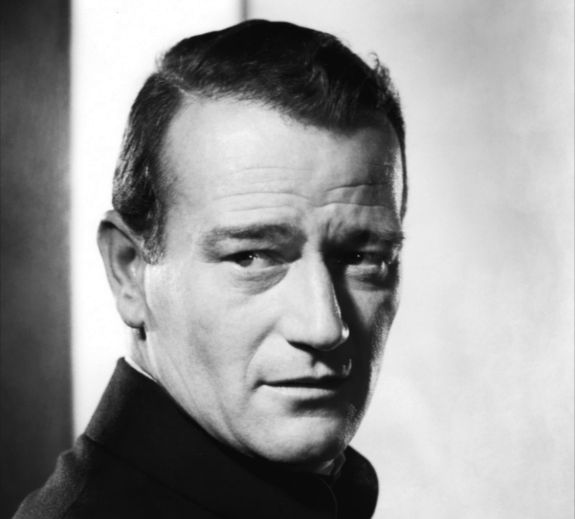 In 1977, 'The People's Almanac' sent out letters to all living Academy Award winning actors concerning a poll it was holding. For this poll the actors were asked to name their all-time favourite actors and films. One of the actors to receive such a letter was John Wayne, who had won the Academy Award for his leading role in True Grit (1969). Shown below are part of The People's Almanac's letter as well as John Wayne's lists of personal favourites. Amongst his favourite films were two John Ford pictures in which Wayne himself had played the lead roles (The Searchers and The Quiet Man), and The Four Horsemen of the Apocalypse, i.e. the 1921 silent version by Rex Ingram, not the 1962 remake by Vincente Minnelli. 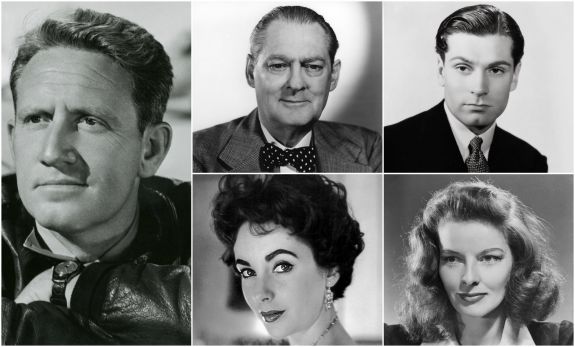 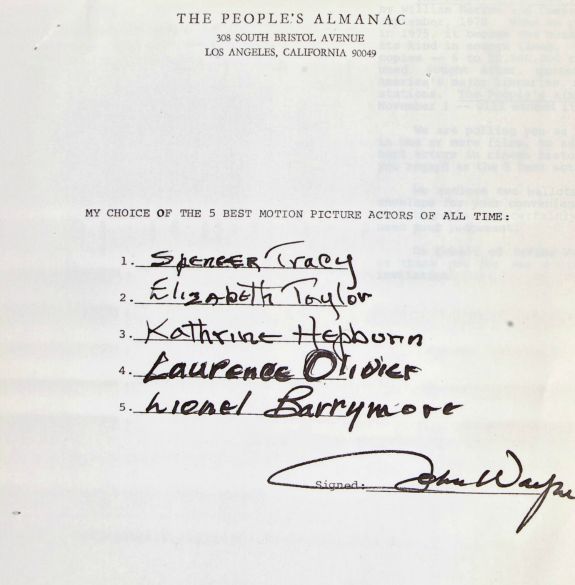 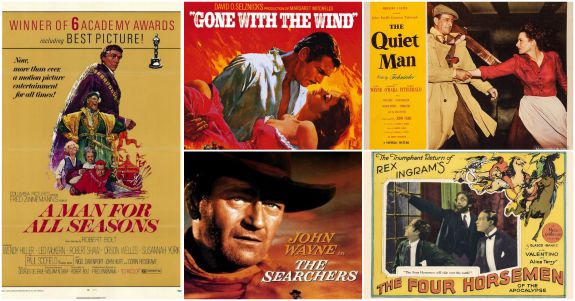 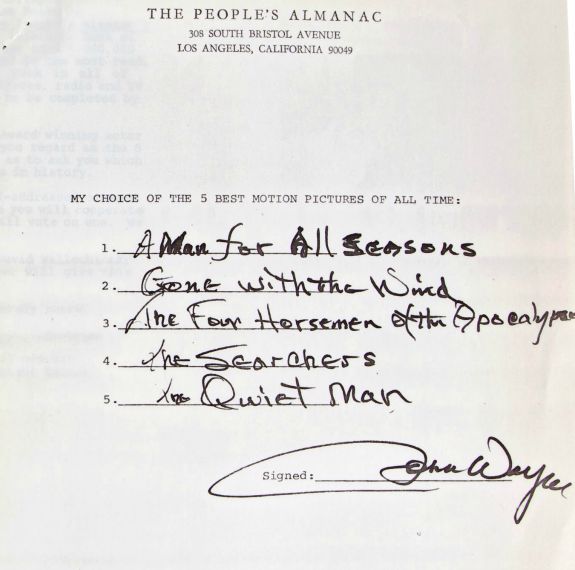 Transcript:
MY CHOICE OF THE 5 BEST MOTION PICTURES OF ALL TIME:1. A Man For All Seasons2. Gone with the Wind3. The Four Horsemen of the Apocalypse4. The Searchers5. The Quiet ManSigned: John Wayne
Posted by Clarissa Saunders
Tags: John Wayne