Let's hurry this up, Mr. Selznick! 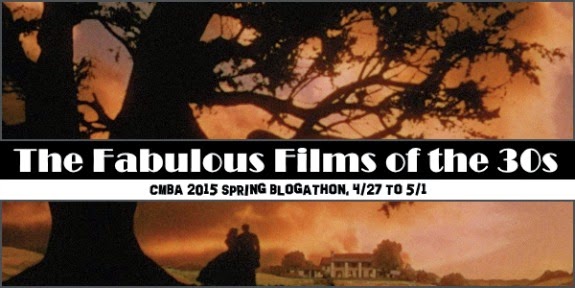 When we talk about the fabulous films of the 30s, it would be hard to ignore the decade's most successful film, Gone with the Wind (1939). Immensely popular upon release, Gone with the Wind broke attendance records everywhere, becoming the highest grossing film up until then and remaining so for the next 27 years (in fact, after inflation adjustment, it still is the biggest box-office hit of all time). It was thé winner at the Academy Awards, wiping out that year's wonderful competition by taking home a total of ten Oscars (eight competitive and two honorary).

But probably even more legendary than the film itself was the making of Gone with the Wind. Although actual filming did not begin until December of 1938, pre-production had already started in 1936, not long after producer David O. Selznick had purchased the film rights for $50,000. For two years, filming was delayed not only because of Selznick's problems to secure Clark Gable for the role of Rhett Butler --Gable was under exclusive contract to MGM-- but even more because of the search for a suitable Scarlett O'Hara. For the most coveted female role in film history, Selznick considered many established and less established actresses, screen-tested 31 of them, whilst interviewing another 1,400 unknowns. And all the while, the public was waiting impatiently for filming to finally begin. 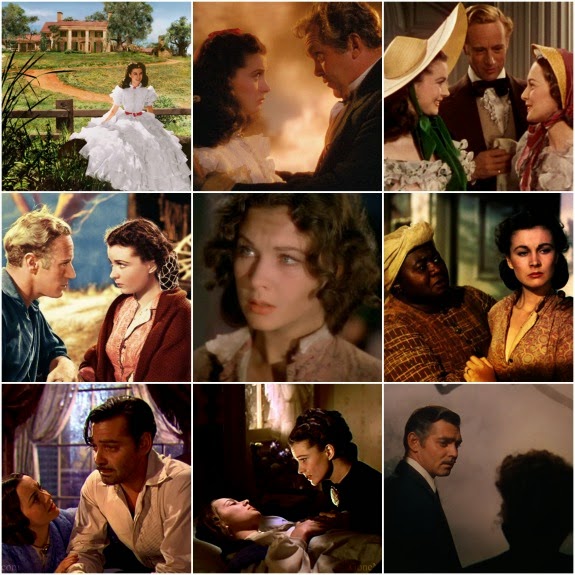 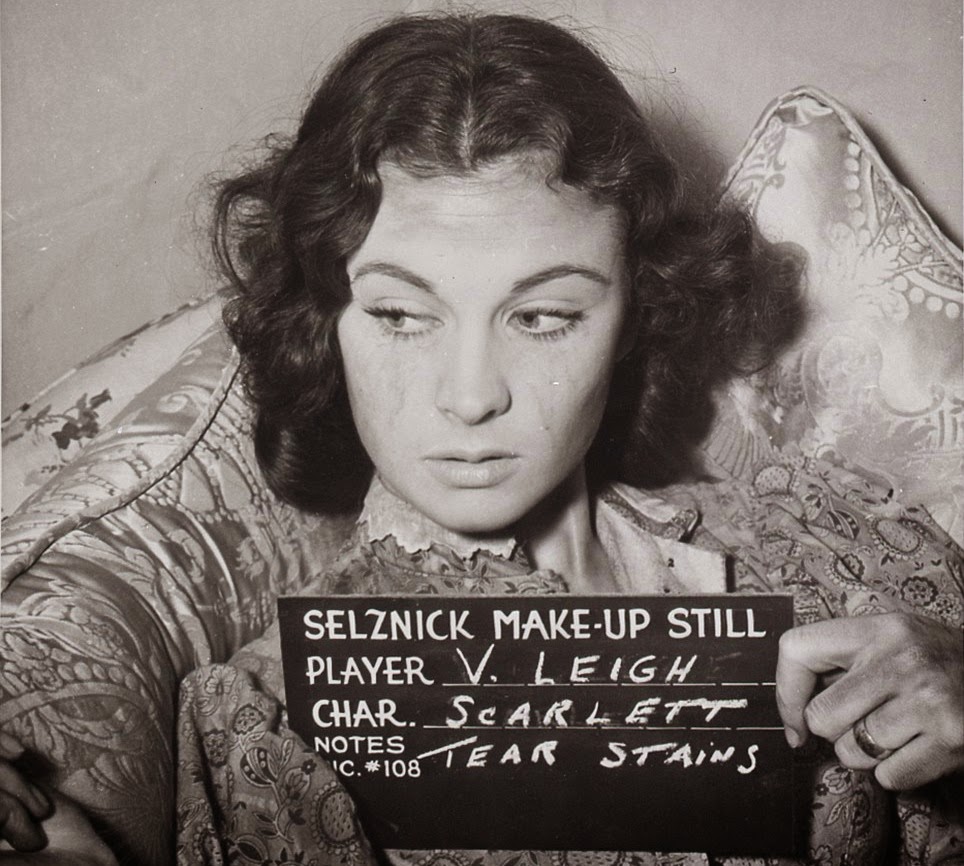 The three letters for this post --each of them written in 1938-- come from the Gone with the Wind fan mail database housed at the Harry Ransom Center. Addressed to David Selznick and written respectively by Lilli Goldblatt, James G. Towery and Marjorie Shoals, the letters are just a few of many showing the impatience of the public who wanted Selznick to get on with it (and the two women writers also do some casting suggestions).

The letters will be shown in transcript only. Transcripts used with permission of the Harry Ransom Center; click for the original images on the link below each letter.
__________________________

I have kept the enclosed clipping on my desk for weeks, waiting to hear about the picture. What on earth is keeping you from producing it? Clark Gable is not the man I would pick for Rhett Butler.

I would suggest by all means Gary Cooper as Rhett Butler. And can't you find any Scarlett? Why, by golly, I'll play it for you. Maybe, this would be an asset to you - listen! 50 year old mother of 5 sons to take lead in "Gone With The Wind". I will be 50 years old next May, and with a little [?] under each ear for the neckline, I'd make a scarlet Scarlett.

I'll enclose a snapshot taken last September with my 2 youngest boys. My oldest son is 25 years old and is in Los Angeles. His name and address is, Joseph Goldblatt c/o J. Miller, 448 South Catalina St.

Maybe you would have something for my son to do in pictures or otherwise, but what ever you do, for heaven's sake get busy and make that picture.

With all my best wishes 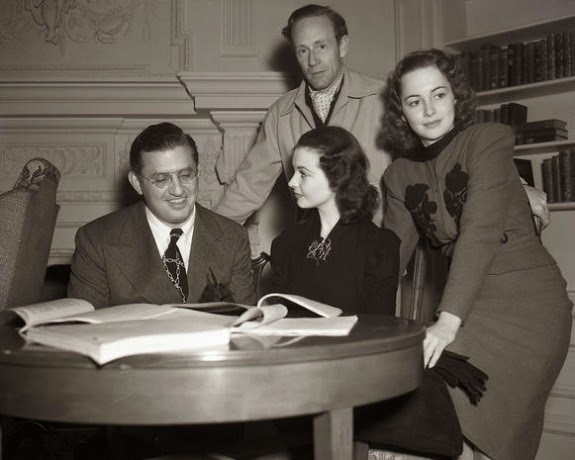 The radio and the press of the past few hours have announced to the world that Norma Shearer has decided not to play the role of Scarlett in "Gone With The Wind". I need not comment on the fact that this was a wise decision.

But your continual delay in producing this picture is definitely hurting your standing as a great producer and lessening to a considerable degree the possibilities of the picture being a success. For nearly two years the public has been waiting to see the film version of the story, and during that time nothing but the preliminary stages seemed to have been completed.

I realize that it takes some time for a picture of his type to get underway, but surely after this length of time the early stages of actual production should be in progress. I do not know just how much progress has been made if any, but I do know that as far as the public is concerned the manuscript is still on the shelf.

In and around Atlanta I have heard expressed the belief that unless the picture is made and released at an early date it will be a complete failure. And this is my own conviction in the matter. Every day of delay finds the public's interest becoming less and less and the possibility of success for the picture also growing less and less. The people of Atlanta want to see their story on the screen. The people of the world want to see this picture on the screen. And every day you delay putting it on the screen is certainly not helping matters.

The only reason I have heard through the press for this delay is that no suitable actress has been found to play the role of Scarlett. Do you mean that after nearly two years of scouting and testing possibilities that you have failed to find a suitable player? Do you mean that of all the thousands of young women who have besieged you, your studio, the author, her friends, and have undergone tests, you have failed to discover the necessary talent? It really doesn't seem possible.

But after all, your find will come eventually from the ranks of the experienced actresses. You cannot afford to trust so important role to an amateur. To do so would probably be fatal.

In the meantime, your thunder is being stolen by other producers, and your reputation is definitely at stake. And the interest of the public is waning daily. But I believe you can still come through with a successful picture, IF you get busy and produce the picture that the world has been waiting too long already to see. 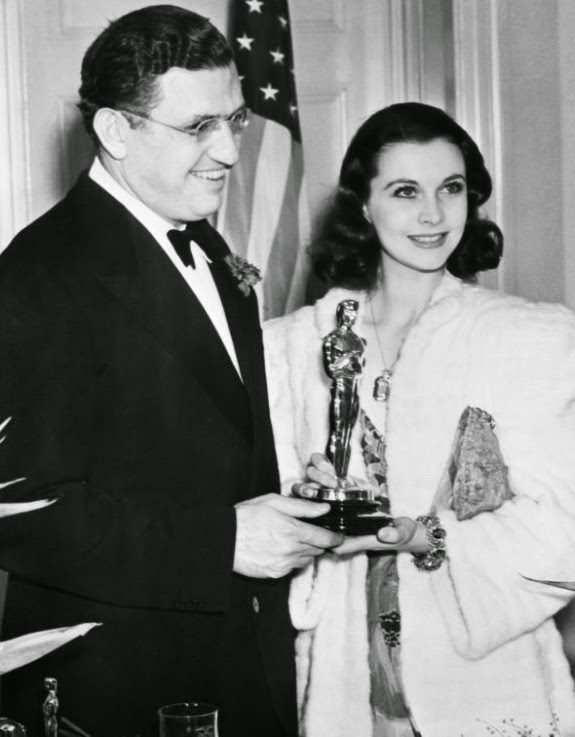 You may "believe it or not", but this is my first letter to the movie industry, and I'll bet you can't guess, or can you, what prompted me in writing you - it's that interesting novel "Gone With The Wind". Sad but true, the many millions who read this book are too tired to write you, after waiting for it to appear on the screen.

Now your selection of Clark Gable as Rhett is just right, but when you attempt Norma Shearer as "Scarlett", you are using very poor judgment to cast this beautiful and sweet person in this role. What you need is a darn good assistant, and here's a lady from Michigan, who has never seen Hollywood, but could come right out there and pick your star. There is no one who could play this part like Bette Davis, and you all know it. She has real acting ability, can make the public hate her, and that's what this role demands, and what I would call real acting ability, now don't you?

Let's hurry this up Mr. Selznick, or I'll have to read this story over again to remember it.

This post is my contribution to the Fabulous Films of the 30s Blogathon hosted by The Classic Movie Blog Association. Click here to check out all the other entries!
Posted by Clarissa Saunders
Tags: David O. Selznick, Gone With The Wind